Sort by
There is a popular trend in the modern new age movement that is inclined to label some things as "spiritual", implying of course that other things are not "spiritual". Many seem to think that the word "spiritual" ought to be understood--believing that things like meditation, yoga, Depak Chopra and an assortment of trendy new age books, gurus and ancient secrets are "spiritual". I haven't really heard anyone clearly define what is not spiritual, but the general unspoken consensus seems to be that the erratic and prickly ego is not spiritual, and obviously all of those annoying and negative emotions are not "spiritual". And of course those dogmatic fundamentalists, greedy capitalists and obstructionist politicians (pick your party) are not spiritual.
I want to challenge this assumption about what is and is not "spiritual". I will argue that spirituality is a matter of degree rather than an exclusive category. I get this idea from the Hebrew Bible, paying special attention to a statement found in one of Paul's epistles where he writes: "There are heavenly bodies and earthly bodies, but the glory of the heavenly is of one degree, and the glory of the earthly is of another degree" (I Cor. 15:40). The word "glory" serves as a kind of synonym for divine or spiritual. Paul goes on to say that the visible material world and the invisible heavenly realm both have a "measure" of glory, indicating that all things material and non-material have their own style of glory or spirituality. In another place he puts it like this: “And we all...beholding the glory of the Lord, are being transformed into the same image from one degree of glory to another" (II Cor. 3:18). In this passage Paul is comparing the glory of the earlier Mosaic ritual law to the glory of freedom from perfunctory religion by being in Christ. Neither is bad--and each has its own "spiritual" place and function. Yet he is making a clear distinction--one has more glory than the other. Psychologically this optimistic attitude implies that we grow in consciousness, that we mature into a more solid kind of glory. I believe this is what Jung's individuation is about, as well as Hillman's notion of soul-making. Former phases of life and "less satisfying" modes of consciousness are parts of the process as we mature and deepen. In this view, the idea of a holistic approach means drawing a circle around all of life, including times of dis-ease and disintegration. The new age movement, on the other hand, often seems to suggest that wholeness arrives when I am peaceful and healthy in body and mind. 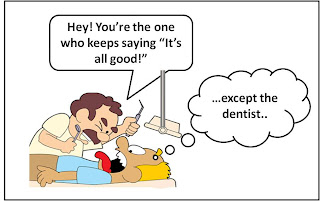 Perhaps it is time for a "newer age" movement that sees all of life as part of a spiritualizing process rather than moments we label spiritual or unspiritual. Perhaps we ought to write books about spiritualizing rather than spirituality, or name our growth communities Centers for Spiritualizing Life, indicating that we are always moving from one kind of glory to another. That would give our much maligned ego and all of those annoying people and negative emotions that "get in the way" of my spiritual life their degree of glory for the soul-making process as we pursue the transformation "from glory to glory". Then we could change our slogan to: "It's all good, but some is gooder."
Read more…