I work with story structure, image, and language. I thought you might be interested in my use of creative metaphor to contain, express, and transform negative emotions. I hope you find this post useful.

The actor Liev Schreiber received wonderful reviews for his portrayal of the evil trickster Iago in the NY Public Theatre’s 2001 production of Othello.

"...audiences couldn't ask for a more captivating creator of chaos than the Iago of L

Read more…
Journal of Analytical Psychology (2011, Vol. 56, #2 , pp. 274-275) has published my review of "The Concept of Analytic Contact" by Robert Waska
Read more…
We are in an interesting juncture as I write this, a liminal space which is the day between “Earth” Day when we remember the divine feminine archetype we call the “Mother”--and Easter, a day inimitably dedicated to honoring the divine masculine that inhabits our universe. In this time between the two, this powerful threshold where both archetypal energies are alive and engaged, when the focus is on the devastation to our precious earth and on the resurrection of Christ, the savior of humanity, t
Read more…

from Re-Imagining Mary by Mariann Burke

I had never felt much attraction to the Sorrowing Mary until I visited Sicily. Here the Holy Week festivities have as much to do with Mary, it seems, as with Jesus. This is probably true since in Sicily the Earth Goddess Demeter is very much present in Mary.

One senses that Demeter’s journey to the depths of the earth in search of her child strongly parallels Mary’s search and Mary’s sorrow. Demeter was a fe
Read more… 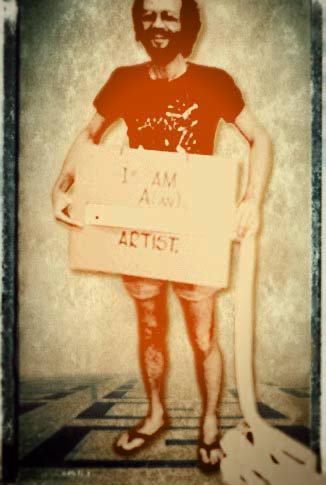 I was recently referred by a client to a year-old New York Times article about images and the Internet. The article, “Policing the Web’s Lurid Precincts” by Brad Stone, specifically deals with how repeatedly viewing “depraved” images affects people hired to review content.

Patricia Laperal, a psychologist hired to study effects of images on “content reviewers,” told the Times the results of her research

Ms. Laperal… reached some unsettling conclusions in her interviews with content moderators. Sh

Six weeks ago I had a truly trans formative experience.  Currently my primary career is as CPA. One afternoon I delivered tax returns to a client who is 85.  Her best friend of 60 plus years had just died after a long illness.

We sat at her kitchen table and I explained the returns and showed her where to sign.  She then began telling me about her friend and their friendship.  At first my reaction was to pull in and I thought to myself "ohhhhh boy, how long am I going to have to sit here an

God: Toward Identifying the Lack of a Definition

We all seem to walk around with a supreme underlying fantasy controlling our lives. It’s the idea that we know what just what the hell we’re talking about. Nowhere else is this more apparent than in the discussion of God.

For starters, let us begin with a few other words that share similar confusion. Popular culture uses the word ‘myth’ in a variety of ways but perhaps it is most prominently called “a false story”. However, noted scholar and profes

Mars Hill Graduate School and Elizabeth Clark Stern present:
OUT OF THE SHADOWS

A Play By Elizabeth Clark Stern

Performance is May 7, 2011 (time and directions below)

The year is 1910. The work of Sigmund Freud, and his heir-apparent, Carl Jung, are transforming the way the world thinks about human nature and the inner recesses of the mind. It is a time of experimentation, expansion, and new frontiers of intellectual power. Into the heart of this world steps a 22 year old woman, a new patient of th

Too Far to Travel: Order the Book from Fisher King Press

Join us for an evening that includes the Southern premiere of Elizabeth Clark-Stern's play, "Out of the Shadows: A Story of Toni Wolff and Emma Ju

Read more…
From The Motherline by Naomi Ruth Lowinsky

So many of the stories that I write, that we all write, are my Mother’s stories. Only recently did I fully realize this: that through years of listening to my mother's stories of her life, I have absorbed not only the stories themselves, but something of the manner in which she spoke, something of the urgency that involves the knowledge that her stories–like her life–must be recorded. –ALICE WALKER[1]

Being a mother is an experience of body and soul whic 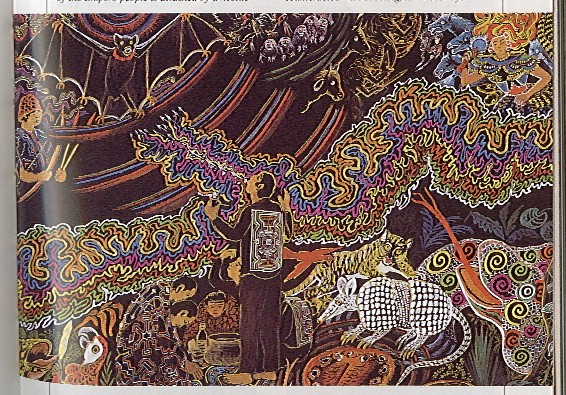 Back in night school, in the mid '90s, while pursuing my BA, I took a writing class. The professor used the theme of nature for our writings, and I put together something for one week's assignment.  Among others, we read David Abram's 'The Spell of the Sensous.' The web was new and she had us post our writings. Please critique this in the sophomoric vein it was written in... ~ http://www.nyu.edu/classes/keefer/nature/harkins.htm ~ Someday I'll go back and give it the effort it deserves.
My extro

I will be presenting a paper entitled "Is There Room for Ruthlessness in Analysis?" at the spring meeting of the Inter-Regional Society of Jungian Analysts in Boulder, CO on April 14th.

Often it seems it is

The website for our Archetypes of the Feminine & Masculine is now up.  Check us out... www.YourMyth.com  Thank you! 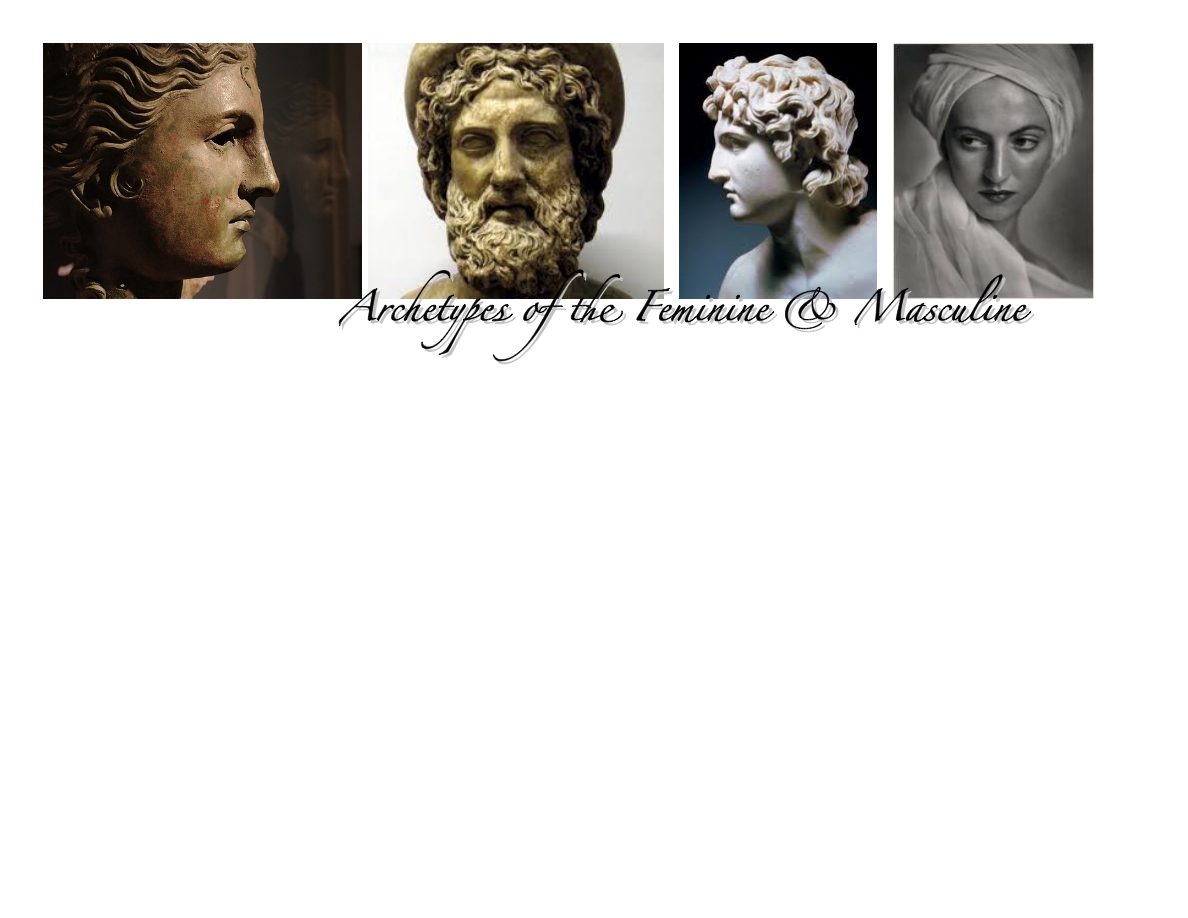 I recently signed a contract with Fisher King Press to publish a book titled "Deep Blues: Human Soundscapes for the Archetypal Journey." The book is a psychological interpretation of blues music utilizing ideas from Analytical Psychology and Psychoanalysis. Estimated shipping date is Sept. 1st, 2011. It will be available through Fisher King (fisherkingreview.com), Amazon, and Barnes & Noble.

jungbook . . .  No, it's not another one of those online social clubs where you have to befriend family, friends, colleagues, or anyone else for that matter. You don't even have to sign in! Read more . . .

Deep Blues: Human Soundscapes for the Archetypal Journey by Mark Winborn. Deep Blues explores the archetypal journey of the human psyche through an examination of the blues as a musical genre. The genesis, history, and thematic patterns of the blues are examined fr
Read more…

Auditory hallucination is common according to Daniel B. Smith. In “Can You Live With the Voices in Your Head?”, Peter D. Kramer’s summary of Smith’s 2007 book, Muses, Madmen, and Prophets: Rethinking the History, Science and Meaning of Auditory Hallucination (Penguin Press), Kramer summarizes Smith’s data. Though many of us in the mainstream associate hearing voices with pathology, 39 percent of healthy volunteers said they had heard their own thoughts aloud. Another 13 percent of those who had

Many of us first discovered Joseph Campbell through the Power of Myth, a documentary series hosted by journalist Bill Moyers, which originally aired in the late 1980’s and has been re-aired many times in subsequent years and is in fact scheduled to reappear on PBS this upcoming summer. His scholarship helped to enlighten a great many of us to a new and more profound way to view mythology and story telling. The work he accomplished in academics, writing, and teaching made important contributions

Read more…
by Lawrence H. Staples
author of Guilt with a Twist and The Creative Soul
Active Imagination - What it is:

Active imagination is a technique developed by Jung to help amplify, interpret, and integrate the contents of dreams and creative works of art. When approached by way of writing, active imagination is like writing a play. One takes, for example, a figure that has appeared in one's dreams or creative writings. Usually, these figures express a viewpoint quite the opposite of one's normal conscio
Read more…

“Human subtlety will never devise an invention more beautiful, more simple or more direct than does nature because in her inventions nothing is lacking, and nothing is superfluous.”
-Leonardo da Vinci.

Nature is no longer of our concern, as humans – at least for a majority of humans that take part in todays environmental meltdown, which has burned (like the fuel in a combustion engine) for the past 100+ years.  The modern citizen in today’s world has completely lost touch with the natural world wh

My main work in the psychology field has been working with blocked artists of all kinds. It's difficult work, not least because the block is so painful.

By the time most get to me, they have developed an elaborate system to avoid the pain -- like drinking, having lots of sex and innumerable other compulsive activities.

A recent article in the New Yorker describes the work of a Jungian psychotherapist with blocked Hollywood people. The most interesting aspect of Barry Michels' work to me is with th