The Night Is Jung

I've posted a new article which includes a story exercise on my blog. It may interest you. http://livingstory-ny.blogspot.com.

"I saw an angel in the stone and I carved until I set him free."

No one since Michelangelo has more aptly or succinctly told the story of creative process. In one sentence, the sculptor describes its stages: encounter with raw material, receptive attention to the point of love, trusting that inner presence through the not- 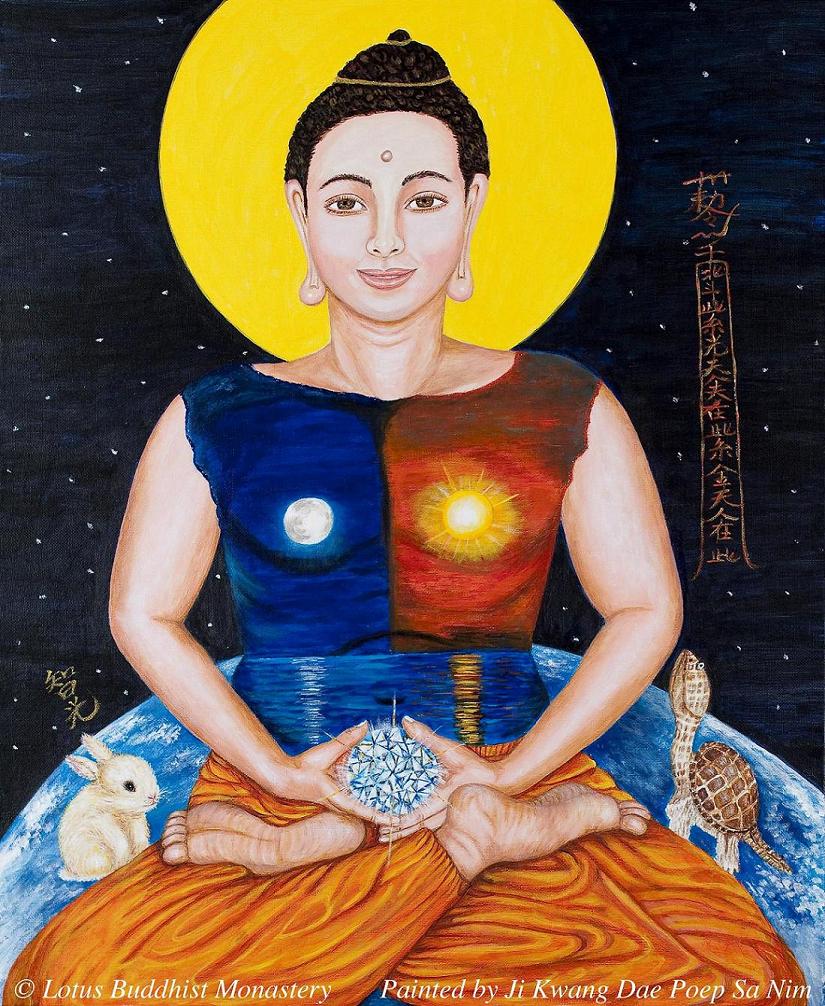 Several weeks ago the Great Matriarch of the Lotus Sangha for World Social Buddhism Ji Kwang Dae Poep Sa Nim had an important perception and painted the Yin Yang Buddha painting. Shortly before the tragedy in Japan occurred, Dae Poep Sa Nim sent copies of the Buddha painting to the Sangha as a gift. Dae Poep Sa Nim explained that this painting helps to balance the energy of the world and helps to overcome difficulties and to regain prosperity.

Enemy, Cripple, Beggar is a treasure for our times. Vital and applicable to both lay people and experts, the book flows seamlessly and spirally from scholarship, to textual interpretation, to case studies, and the analysis of dreams. Shalit draws on an impressive breadth of scholarship and myths/fairy tales, looking at both history (e.g., the Crusades or Masada) and story.

The book first discusses the key aspects of the Hero, considering Byron, the wor
Read more…

On Sale now for $10 at the Fisher King Press Online Bookstore.

The Art of Love: The Craft of Relationship
A Practical Guide for Creating the Loving Relationships We Want
by Bud & Massimilla Harris

Product Description
Millions of books on relationships have been printed in the last ten years. Why do we need another one? We need The Art of Love: The Craft of Relationship for the same reasons that over four and a half million readers wanted Spencer Johnson's Who Moved My Cheese in a market that already
Read more…

As I’ve explained many times, I don’t watch TV, so the Charlie Sheen brouhaha didn’t enter my awareness until a few days ago when I came across the above  video.  Then I Googled and found a zillion articles and video clips in which every mental health professional on the planet, like Dr. Drew, proffers an explanation of Sheen’s behavior.

Whatever the etiology of his behavior — drugs, bipolar disorder, hypomania — Sheen embodies in Jungian terms the “puer aeternus” (“the eternal youth”). It’s no

In 1965, Jolande Jacobi, Jung’s colleague, wrote The Way of Individuation, now a classic. We can use it as a source for delving into questions that speak to us a half-century later. During that half-century the blooming of modernism, post-modernism, and post-post-modern thought raised questions and nuances that color and complicate our images of individuation as presented by Jacobi.

Jung saw himself as a scientific observer of human behavior, not a philosopher who speculated
Read more…

I just watched a 3-minute video that made me very uncomfortable. It discusses how neuroscience doctors are working to develop drug treatments that could erase traumatic memories form people's minds. In a country where 1 in 5 veterens come home suffering PTSD or depression--or perhaps in the wake of a massive natural disaster like the Japan quake and tsunami (not to mention Chile, Haiti, Hurricane Katrina and so many others)--revolutionary drug treatment like this could ease pain and suffering on

It is Sigmund Freud who is credited for the discovery of the unconscious and is often called the “father of psychology”. Psychiatrist and medical historian Henri Ellenberger, in Discovery of the Unconscious, describes Depth Psychology as the key to exploring the unconscious mind. Understanding what lies in the unconscious--whether repressed, forgotten, or simply never known--can help us bring meaning to our conscious lives. The unconscious makes itself known to us through symbols, that is, image

Not entirely, but the Saturday edition of the New York Times featured an article entitled “Talk Doesn’t Pay, So Psychiatry Turns Instead to Drug Therapy.” This is very old news to anyone in the mental health field — as a patient or practitioner. But it’s good to see that The Times has noticed. 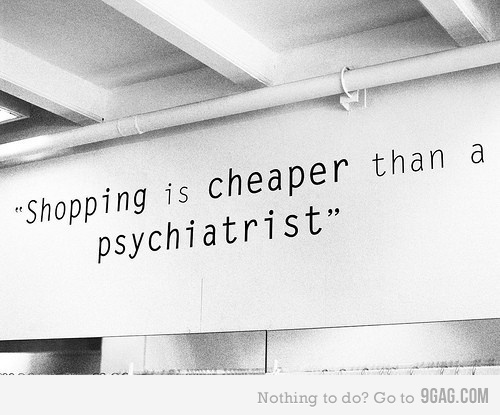 Here’s the heart of the story:

Recent studies suggest that talk therapy may be as good as or better than drugs in the treatment of depression, but fewer than half of depressed pa

Where others had been too timid to travel, where many had been too short sighted to envision, where few had been resourcefulness to return: Jung was there. His impulse to discovery lead him to territories of taboo that where and have been too extreme for a great deal of our mainstream psychologists. He was interested in Tarot, astrology, physics, magic, the occult, UFOs, alchemy, mysticism, dreams, spirituality, channeling, ghosts, and mythology. However, he also had a keen understanding of our

Please check out this featured except from my new book, Embodying Osiris by clicking on the link below.  I introduce it with comments about the uprising in Egypt that shows the relevance myth and history have for radical events still taking place in Tahrir Square today! 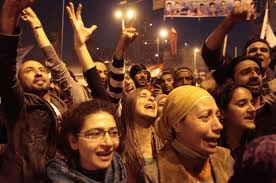 In the heart of the jungle in Columbia, the U’wa people live a simple existence mostly beyond the reaches of modern society, having had little contact at all with the outside world until a few decades ago. Their indigenous relationship to the earth sustains them in a collective role as caretakers of the earth and an equal facet of nature. Thus, when the prospect of international firms making plans to drill into their ancestral lands for oil in the late 1990s arose, they perceived the concept to

Thank you for the warm welcome.

Here are some of the papers I have written that are relevant to discussions here.

A draft paper on Nietzsche's Madness: thinking through darkness and light is available.

A draft paper on Idea, Essence, Existence and Archetype (On Nietzsche, Jung and others) is available.
A working paper on Intratextuality is available with a separate appendix.

A working paper on The Anamorphic Cycle is available. 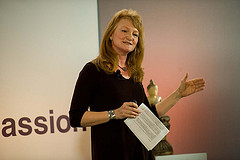 Krista Tippett has made a wonderful video about compassion for TED. She is host of the NPR show “On Being.” I especially like the way she compares tolerance and compassion. Many people inappropriately conflate the two.

Followers of James Hillman’s work will be interested to hear that Krista associates compassion with beauty and notes that her Muslim radio guests often describe beauty as a moral value. That’s quite consistent with Sufism in particular. (Check out Henry Corbin's Alone with the Alo
Read more… 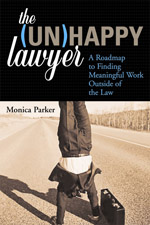 There's a fascinating front-page article in the NY Times today about lawyers and "lucky" totems and rituals they employ. At one point in the story, the habit is even described as propitiation of the gods.

Several things come to mind reading this. One is Jung's notion of compensation, with the dominant super-rational style constellating its opposite. Another, of course, is the way a totem or ritual focuses energy or serves as an object for the displacement of anxiety. The extreme example of the la

The evolution of Jungian psychology owes a great deal to the work of Marion Woodman, a renowned analyst and author who is a pioneer in the understanding of the role of feminine principles in the healing of the human psyche. Her life and work are chronicled in Adam Greydon Reid's striking documentary Marion Woodman: Dancing in the Flames (Capri Films, 2010), which I highly recommend to anyone with an interest in depth psychology and to Woodman fans especially.

Through dynamic conversations with my

I'm at work on an anthology with the working title Writings in Deep Psychology, and I thought I'd post a brief piece of it having to do with what constitutes "depth psychology." My anthology will include work from a number of pioneers, including Wundt (yes, Wundt: he did something for depth but most textbooks ignore it), Fechner (a tremendous nature mystic), William James, Pierre Janet, Freud and the Freudians, Jung and the Jungians, and work from Psychosynthesis, Humanistic-Existen

It is up on Amazon and really worth a look for those of us seeking to deepen our personal work.

This beautifully evocative video by a woman with autism reminds me of Jung's writing on typology, and to wonder if a sensory/intuitive axis of personality type would be a way of experiencing the world as this video conveys? If so would it be intuitive dominant and repressed sensation or the other way around?!