I was reading into Edward Whitmont (The Symbolic Quest) this afternoon, inspired to go there after listening to Bonnie Bright’s evocative conversation with Craig Chalquist. (http://bit.ly/h2nVh5). And I was fascinated by his discussion, in the first chapter, about autism.

After describing autism, as Jung did before him, as subjective, image-directed and associatively logical (as opposed to causally logical), he points out the strong cultural bias against this order of thinking. It’s a judgment,

Though we seem to be Sleeping,

There is an Inner Wakefulness

That directs the Dream,

And that will eventually startle Us back

To the Truth of who we are.

Dreams educate us about the nature and workings of the psyche, how the soul speaks in a symbolic language of images and stories, and how we assemble our individual version of reality through a narration of our story.

Our ego mind experiences life by telling us into this story and that story, into many stories.

I have a new blog post, "Understanding Creative People," that may interest you and hopefully be useful in your practice as well.

More than ever before, our world needs people who are alive and inspired, who have new visions, new ideas for implementing them, and new energy. However, as much as corporations, classrooms, and clinical centers say they want to support creativity, they usually end up stifling it.

For one thing, creative people are often misunderstood as un

Beyond the Mask: The Rising Sign Volumes I & II

Well known and respected internationally for her ground breaking work in Archetypes of the Zodiac, Kathleen Burt now offers us a phenomenal distillation of her life work in: Beyond the Mask: The Rising Sign - Volume I: Aries - Virgo

Antiquated identities and roles must die, old 'masks' must be pealed away befo
Read more…

Anxiety is emotion that is oriented to the Future.

Anxiety is excitement with too little breath.

Depression is oriented to the Past.

Your Depression is caused by an inability to praise.

You are a thief and steal from God every moment.

Of course, we want to be be free of these states

as much as possible,

so as to be in the Present,

for only in the Present

are we empowered to c

Read more…
I wasn’t expecting to get blissed out at a lecture on mythology, but since Michael Meade was the one speaking, I should have known better. A thoroughly engrossing storyteller, Meade made his presentation in part to promote his new book, Fate and Destiny: The Two Agreements of the Soul (GreenFire Press, 2010). He began the evening by using stirring stories from his own boyhood to illustrate the compelling nature of the topics of his book. Here’s an example: When Meade was on the verge of adolesce
Read more…
With Great Pleasure Fisher King Press Announced Today:
Now Available from Fisher King Press
Animus Aeternus: Exploring the Inner Masculine
by Deldon Anne McNeely
Shipping Feb 15th, 2011
List Price $25.00
Introductory offer $19.95
Order Now
“The animus is the deposit, as it were, of all woman’s ancestral experiences of man—and not only that, he is also a creative and procreative being.”
—C.G. Jung

"Despair is the only cure for illusion." ––Alexander Lowen

People get trapped in despair when their despair is incomplete, when some thread of illusory hope is still retained. Without despair we cannot transfer our allegiance to reality–it is a kind of mourning period for our fantasies. Some people do not survive this despair, but no major change within a person can occur without it. (Phillip Slater, Earthwalk, 1974)

Despair is incomplete when we still believe in the possibility of an illusion.

In honor of current events in Egypt, an excerpt from a recent work of mine:

“Perhaps we are like stones; our own history and the history of the world embedded in us, we hold a sorrow deep within and cannot weep until that history is sung” (Griffin, 1992, p. 8).’

Like many of us in western culture, I am aware of an underlying and ongoing search for meaning in life, looking for roots and a sense of groundedness in which I can locate myself and come into greater understanding and relationship with b

Animus Aeternus  “The animus is the deposit, as it were, of all woman’s ancestral experiences of man—and not only that, he is also a creative and procreative being.” —C.G. Jung
Inextricably enmeshed in the life of every woman is a constellation of autonomous energy that Jung called animus, her masculine side. As a woman develops psychologically, animus changes, appearing and reappearing as child or adult, lover or enemy, king or slave, animal or spir

The Enneagram offers an alternative to overly strict mothering.
Published on January 25, 2011

Amy Chua says her "Battle Hymn of the Tiger Mother" is a memoir, not a how-to book. Still, the draconian methods she describes of raising her daughters are causing a lot of debate. With our economy declining, parents fear their children need to have a top-notch education in order to have the good life. Do parents need to be ultra strict to make sure

Read more…
For millennia, the practice of alchemy has provided knowledge of visible creation, nature, and God, as well as insight into the soul and psyche of humanity (Linden, 2003). Beginning in the fourth century, Western alchemy adopted the idea that God had fallen from the divine cosmos into physical matter and lost his sacredness, requiring a process in which he could become divine again, undergoing the work of being washed, purified, and raised up in to ever more liberating stages of divinity and per
Read more…

by my extern, a student at the University of California in Berkeley. It's funny. This is a guest blog.

Read more…
In 2009, I had the pleasure of attending a workshop with Marion Woodman. Truly, she is one of the greats in Depth Psychology. Not only a woman who runs in a world that has been traditionally dominated by its male founders and successors, Dr. Woodman has an authenticity and joie de vivre about her that is unmistakable. She has done the work to engage the world through soul, and that has truly had an impact on me, and on the world at large.I will never forget her saying she never sat down to write
Read more…
"Today we are again seeking for a new world. 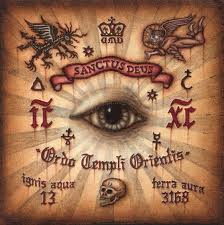 No longer do there remain undiscovered continents to serve us as laboratories for social experiments, so we are turning our attention to other kinds of worlds - worlds of thought, inner spheres which must yet be explored by daring navigators. Science ...has discovered a new universe - the universe of the mind. The infant psychology has but to come of age for us to fully discover a new sphere for new exploration in the science of living." 87-88 Manly H
Read more…
article by Deldon Anne McNeely

Interviewed on his 90th birthday, Nelson Mandela, the South African political leader who led the fight against apartheid, was asked if he regretted not having spent more time with his family during his lifetime. He thought for a while and replied, “No, I had to do what was necessary for my soul.” (Interview, British Broadcasting Corporation, June, 2008.)

C.G. Jung was clear about the fact that he was proposing individuation from the standpoint of a Western European c
Read more…
The Wild Earth is a series of paintings that came through me last spring. I have felt a resonance with these pieces like no others, as though my own inner wilderness was released through the paint.
Read more…
http://theroaringinside.blogspot.com/2011/01/textural-poems-heard-along-river-today.html
Read more…

Goodday to everyone here,

My name is Karina Grijzen, and I live in Holland.

(English is not my native language, please forgive me in case of weird sentences)

In my work I'm known for being able to bring to motion what is stuck.

I have my master in child-psychology, during my studies I started working in a private school for state-exams as a teacher. I learned to become a teacher from a warm and caring perspective. Later I worked at a small and innovative democratic school where I developed lessons (

Just want to call attention to my blog The Legacy of Henry Corbin which should be of interest to many participants of the Alliance.