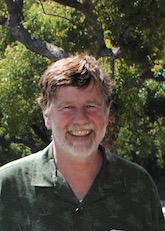 John Robinson PhD, D.Min., is a clinical psychologist with a second doctorate in ministry (studying with Matthew Fox), an ordained interfaith minister, the author of nine books and numerous articles on the psychology, spirituality and mysticism of the New Aging, and a frequent speaker at Conscious Aging Conferences across the country. His new book, Mystical Activism: Transforming a World in Crisis, published in February (pre-order at Amazon.com under Mystical Activism). You can learn more about his work at www.johnrobinson.org.  His major works include Death of a Hero, Birth of the Soul; But Where Is God: Psychotherapy and the Religious Search; Ordinary Enlightenment; Finding Heaven Here; The Three Secrets of Aging; Bedtime Stories for Elders; What Aging Men Want: Homer’s Odyssey as a Parable of Male Aging; his first novel, Breakthrough; and The Divine Human: The Final Transformation of Sacred Aging; and Mystical Activism: Transforming a World in Crisis.