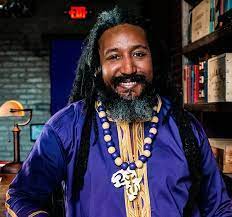 Globally-traveled and well-respected rapper/Ivy League scholar Malik Starx’s artistry highlights music’s ability to motivate discourse, inspire research, and promote joy. His vocal talent is also present in the classroom, as he is also an Assistant Professor in the Department of Cognitive, Linguistic, and Psychological Sciences (CLPS) at Brown University. Moreover, he counts undergraduate work at Howard University, receiving a Master’s degree from Columbia University, and Doctorate from the University of California-Berkeley in his academic success. Previous to achieving his educational exploits, Starx’s success allowed him to tour alongside the likes of noted folk artist Justin Trawick, plus perform with artists including EDM entrepreneur and electro producer Tittsworth and global dance music icon Dave Nada. Currently, Starx has joined forces with producer Stephon Alexander, a theoretical physics professor at Brown University. The results include jazzy, Afro-Caribbean styled-single “Dancing for Freedom,” alongside Sierre Leoneon vocalist Kanjia. This song is a precursor to the forthcoming EP, titled Higher Science, wherein Malik is rapping over a diversity of Alexander’s musical stylings. “Dancing for Freedom” has 2 Million Plays on Tik Tok

Here is a link to Dancing for Freedom with the lyrics. /https://www.youtube.com/watch?v=7NdS23RcNhg