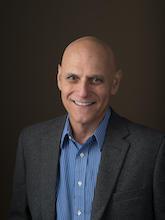 Based on 35 years of experience, Dr. Hayes deduces that changing your relationship to your thoughts and emotions, rather than trying to change their content, is the key to healing. By exposing his own struggle with a panic disorder in A LIBERATED MIND: How to Pivot Toward What Matters (Avery/Penguin Random House), Dr. Hayes reveals: Normal, successful people are often suffering. Instead of being shamed, we need to let go of finding a way out and instead pivot toward finding a way in. As the originator and pioneering researcher into Acceptance and Commitment Therapy (ACT), he lays out the psychological flexibility skills that make it one of the most powerful, research-based forms of therapy. Psychological flexibility refers to your ability to connect with the present moment and direct attention and action toward what you value. Whether you are contending with depression, substance abuse, chronic pain, relationship issues, or limitations in business, ACT teaches you that you hurt where you care. Instead of shunning your vulnerability, embrace it to live a meaningful life.

Steven C. Hayes is Nevada Foundation Professor in the Behavior Analysis program at the Department of Psychology at the University of Nevada. An author of 44 books and nearly 600 scientific articles, his career has focused on an analysis of the nature of human language and cognition and the application of this to the understanding and alleviation of human suffering. He is the developer of Relational Frame Theory, an account of human higher cognition, and has guided its extension to Acceptance and Commitment Therapy (ACT), a popular evidence-based form of psychotherapy that uses mindfulness, acceptance, and values-based methods. Hayes has been President of Division 25 of the APA, of the American Association of Applied and Preventive Psychology, the Association for Behavioral and Cognitive Therapy, and the Association for Contextual Behavioral Science. He was the first Secretary-Treasurer of the Association for Psychological Science, which he helped form and has served a 5 year term on the National Advisory Council for Drug Abuse in the National Institutes of Health.

In 1992 he was listed by the Institute for Scientific Information as the 30th “highest impact” psychologist in the world and Google Scholar data ranks him among the top ~1,500 most cited scholars in all areas of study, living and dead (http://www.webometrics.info/en/node/58). His work has been recognized by several awards including the Exemplary Contributions to Basic Behavioral Research and Its Applications from Division 25 of APA, the Impact of Science on Application award from the Society for the Advancement of Behavior Analysis, and the Lifetime Achievement Award from the Association for Behavioral and Cognitive Therapy.