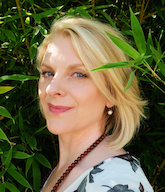 Angel Morgan, PhD, President of IASD, is a dream psychologist, founder/director of Dreambridge, adjunct professor and research faculty in the Global PhD in Transpersonal Psychology program at Sofia University. She specializes in dreams, creativity, and the connection between the two (Dream-Arts). An interdisciplinary artist and filmmaker, she received her PhD in Psychology after completing the Dream Studies and Creativity Studies programs at Saybrook University. Before that, she received an MA in Human Development from Saint Mary’s University of Minnesota, a BA in Theater, Film, and Television from UCLA, and is a graduate of the Idyllwild Arts Academy. Angel has worked professionally as an actor, director, dancer, singer-songwriter, and visual artist in Toronto, Los Angeles, San Francisco, and Chapel Hill, NC. She was a Waldorf class teacher in Los Altos, CA, where she taught all subjects through storytelling, music, art, and drama, educated parents, and was the faculty co-artistic director. Since moving to Ashland, Oregon in 2006, she has directed the documentary film Linked: The Dream-Creativity Connection, the short film Dream News 2050, and these web series: Dreambridge: Reasons to Build It; Child Development and Dreams; and Conversations with Artists About Dreams (YouTube.com/theDreambridge). A recipient of the William Fadiman writing award, she has written many dream psychology articles ranging from Cambridge Journals to The Huffington Post. She has a chapter in Sleep Monsters and Superheroes: Empowering Children Through Creative Dreamplay called “Dragons, Angels, and Rites of Passage: The Universal Language of Children’s Dreams” and won the Best Screenplay Award from The Buddha International Film Festival in India for a story filled with dreams, spiritual development, consciousness exploration, and humor. Her books are The Alphabliss of Miss, and Dreamer’s Powerful Tiger: A New Lucid Dreaming Classic for Children and Parents of the 21st Century (now also an audiobook).

For the past two years, Dr. Morgan has served The International Association for the Study of Dreams (IASD) in the role of President and CEO. In that time, while Chair of the Executive Committee, she helped create the Dream Study Groups Program as DSGP Co-Chair, formed IASD’s Diversity Task Force Advisory Committee (DAC) as Chair, served on the Conference Advisory Committee as the Keynote Coordinator and will Host 2021’s Virtual Conference which has two featured tracks: Dreams and The Arts; and Dreams and Ethnicity. At the 2021 Virtual conference, after giving her outgoing President’s address at the General Membership meeting,  Dr. Morgan will present in a symposium called Dreaming, Imagination, and Creativity, where she will discuss the psychological relationship between Dreams, Creativity, and the Arts. In this presentation, she will weave from her research and practice, examples of: dream inspired creativity, creativity in dreams, and dream incubated creativity; and examples of Dream Arts from Ancient Egypt and Greece through the 21st Century. She will also facilitate a workshop titled, Lucid Dream Drama with elements of Gestalt psychology, Psychodrama, Improvisation, and Lucid Dreaming. Volunteers will cast, direct, and if they wish, act within their dream ‘scenes’ with Dr. Morgan’s assistance. In this workshop, participants will learn when and how to creatively, intuitively rewrite and redirect parts of the dream ‘script’ (and when to leave the dream ‘script’ exactly as it is) in the service of healing and wholeness.