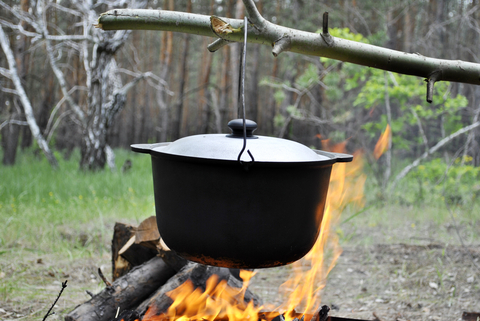 “You can always count on Americans to do the right thing – after they’ve tried everything else.”

The angst about the American Presidential Election 2016 has now reached a fever pitch, which can only benefit cable news networks, but is nonetheless sickening and even boring to most Americans, regardless of their political persuasion.  Let’s just vote and be done with it!

I have been keeping track over the last few months, and it is now virtually impossible to turn on a cable news station and not hear the words “Donald Trump” within the first 10 seconds.  Often they are the first two words.  If there ever was or ever will be another Presidential Election in which the “mainstream media” intentionally influenced the result regardless of paid advertising, it is hard to imagine it being more egregious than this year.  The outraged blog posts decrying this fact are everywhere, so it is unnecessary for me to repeat what has been stated in millions of other posts and comments all across social media.

My purpose here is to state my great confidence that Sir Winston Churchill’s back handed comment about Americans doing the right thing is right, and to show how this is not only always true of Americans; it is always true about every society and culture  -- or it dies.

This is not the first time.  In 2000, the same cadre of Americans elected President George W. Bush, because they imagined that they would like a President with whom they would feel comfortable having a beer at the local roadhouse.  But, after eight years of wars, “Swift boating,” and economic collapse, we wised up as a People.  Sadly, memories are short!

A nation is like any alchemical vas (cauldron), into which we place the ingredients of our societies, and from which we extract our national “gold,” or “fools gold” as the case may be.  In the United States we are blessed with inputs from every national, racial, religious, social, and cultural group.  At times those ingredients must appear like chaos to the rest of the world, which experiences no shortage of pleasure from laughing at us, but the result is that our system allows us to select the best ideas from everyone, while bashing the worst ideas out of our culture.  The result is what it is.

Dr. Carl G. Jung resurrected the seventeen hundred year practice of alchemy in the early 20th Century.  It had not been taught in universities in Europe for 300 years, and you might reasonably ask why the making of “gold” was of interest to him.  But, alchemy was about something far more profound than early chemistry based on a foolish and unsuccessful pursuit.  It was also about the psychological development of our species, and the philosophical “gold” that would emerge from the endeavor. It took a scientist like Dr. Jung, with his unique set of experiences, to first recognize the parallels between his work and alchemy, and then to write a shelf of books proving the value of what he and Dr. Sigmund Freud had uncovered in their pioneering work on the unconscious.    Consider this short summation of the alchemical work from the foreword of his last monumental book:

“The initial state, named the chaos, was not given from the start but had to be sought for as the prima materia.  And just as the beginning of the work was not self-evident, so to an even greater degree was its end.  There are countless speculations on the nature of the end-state, all of them reflected in its designations.  The commonest are the ideas of its permanence (prolongation of life, immortality, incorruptibility), its androgyny, its spirituality and corporality, its human qualities and resemblance to man (homunculus), and its divinity.”

Because he was a creature of his times, Dr. Jung felt compelled to cloak some of his findings in Latin and Greek, leaving for later generations the task of providing the overview of what he meant.  As the pioneer, and as Viggo Mortensen (as Sigmund Freud) explained in the movie A Dangerous Method, he had found a “continent” of ideas, but at first he did not know where he was on the continent.  It could have been Florida, Virginia, or Maine.  It took a lifetime of writing to describe what he discovered.  It was for later writers like Dr. Erich Neumann in The Origins and History of Consciousness and Dr. Esther Harding in Psychic Energy to systematize the meaning of Dr. Jung’s researches.

But all election campaigns, and particularly Election 2016 in the United States operate just like an alchemist’s process

“…by the oft-repeated saying “solve and coagula” (dissolve and coagulate), the alchemist saw the essence of his art in separation and analysis on the one hand and synthesis and consolidation on the other.”

The essence of what is happening in the American Election 2016 is an alchemical psychology experiment Americans are conducting on themselves.  And yes, in the end we may come up with the wrong answer from our roiling stew.  But the good news is that after the election the heat will be turned down for a time, and in four years times we will boil away still more impurities, and get another chance to “do the right thing” as Winston Churchill had it.

That is the beauty of our reality show debates and our government “of the People, by the People, and for the People,” even if sometimes we lose our way in the detail. At least we can make the best choice—the electoral “gold” of our time, though perfection at any given stage of the process may be elusive.  This process only makes the United States of America stronger in the end, as has been the case for four centuries.  Other countries could take a lesson!