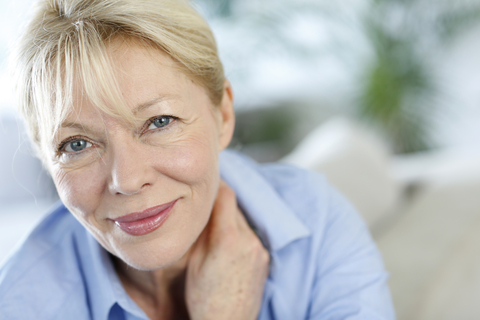 “The change of character that is brought about by the uprush of collective forces is amazing.  A gentle and reasonable being can be transformed into a maniac or a savage beast.  One is always inclined to lay the blame on external circumstances, but nothing could explode in us if it had not been there.  As a matter of fact, we are always living upon a volcano and there is, as far as we know, no human means of protection against a possible outburst which will destroy everything within its reach. It is certainly a good thing to preach reason and common sense, but what if your audience is a lunatic asylum or a crowd in a collective seizure?   There is not much difference either, because the madman as well as the mob is moved by nonpersonal, overwhelming forces.…”

The emergence of Donald Trump is surely a frightening moment in time.  He represents nothing less than the breakdown of civilization itself.  When he disdains “political correctness,” he disdains the civilization that we have built up in America over centuries.  He gives permission for the instinctual sides of our nature to say, “Yeah, screw you!”  This must be stopped at all cost, because if we do not stop it, we can lose the very essence of America, and it will take a very long time to recover it.  In Germany they literally lost the essence of their high culture, and they could not begin to bring it back until the instinctual forces were destroyed root and branch.

What Trump is doing is appealing to the disobedient little boy in every man, who resented when they were punished for bad behavior in school.  We all were, in one way or another.  When a candidate for President behaves as he does, that disobedient little boy is constellated in the psyche once again, except it’s not part of growing up and learning one’s place within civilization any more.  Now we are at risk of rebellion from norms, which hold the very fabric of society together.  This time it is about the very essence of the Meaning of America, and the culture we have built up on this continent over 400 years.

Women have always been the glue that have held society and culture together. Since the beginning of cooperation in small groups, men were the warriors and sometimes the medicine men, but it was wise women who kept the village together and prevented the kind of fracture on a mass scale, which we are seeing today.

I had a dream the other night about finding the answer.  Part of the dream amounted to me going into a movie theater to find the answer.  I couldn’t tell what was playing on the marquee, so I sat in the ornate auditorium alone and waited for the movie to begin.  When it did, I found myself in the middle of an air battle scene in Midway, about the pivotal battle of World War II, and then the scene shifted to Victory at Sea, with many ships in a convoy being tossed by a very rough sea.

Being put into the middle of a battle sequence was quite a surprise to my consciousness, but then I had to admit that as a man, it is certainly true that the Warrior Archetype has been activated in the deep unconscious of men worldwide.  I expected to be beyond that phase of life, but I now acknowledge that I’m not.

Furthermore, the fact that the movie was Midway suggested that perhaps men are confused about their role now—midway between the old paradigm and what is needed for humanity moving forward.  We know there should be something better, but we are betwixt and between about what that role should be.  Moreover, the Victory at Sea sequence suggests that we are isolated and trapped in our warrior role.  We know we’re getting seasick, but we don’t know what to do about it.

In the end, I was reminded of the Dalai Lama’s dictum:

“The world will be saved by the western woman.”

Then it dawned on me that, of course, it has always been women who have held together society and culture.  As my wife spontaneously put it, “Women do not voluntarily birth the next generation into chaos.”

Hillary Clinton summed up what must be done for America in her speech on February 27, 2016 in South Carolina where she said, “We must bring the country back to wholeness.”  Perhaps she or some of her followers have read my piece “America Needs a Mother,”   and having done so, they have studied up a bit more on Jungian Psychology enough to know the prescription.

My Mother made certain to tell me from her deathbed that she had voted for President John F. Kennedy in 1960.  This was a bit of a surprise to me, because at that time I thought both my parents voted for Nixon, and I’m quite sure my Father did. This was the little secret she held to herself for nearly half a century. Forty years after American women won the Right to Vote, she had cancelled out the vote of my Father in the privacy of the voting booth.  He never knew!  Her intuition was right!  Kennedy’s maturity saved us from nuclear death. I doubt President Nixon would have been so strong, and he might have followed the generals and been more reckless.

So it is this year that we must ask every American woman to examine her heart, and decide what is best for our beloved country as a whole.  Susan B. Anthony and the courageous women who followed her gave you the vote that you could save society from regressive policies that are contrary to our best interests.  Surely we cannot have disobedient children running the show. Germany tried that in the first half of the 20th Century, and all of the crockery was broken as a result.

In my opinion, the strongest leadership team for the United States for the next four years will be Clinton-Sanders.  I therefore endorse Hillary Clinton for President.