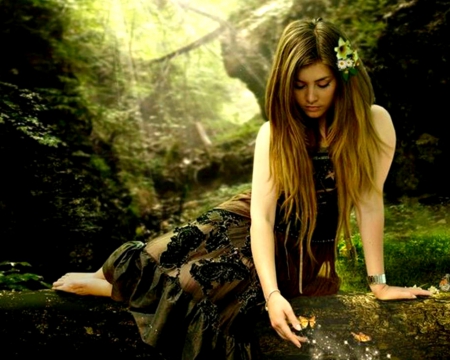 "The spiritual urge is so strong in us humans because in our incompleteness we are bound to ask about the meaning of life and the ground of our existence.

But what is this ground? As a network of relationships the natural world is not a thing at all, but a constant flux of interweaving processes, lacking in any permanence or ultimate solidity. In standing apart from nature, this nonsolidity, groundlessness, or “emptiness” to reality is revealed to humans as such— which makes us anxious.

In the face of the so-called void, the separated self or Ego then seeks security through creating the illusion that it is an immortal substance exempt from the law of change or impermanence.

As an illusory structure, however, the Ego is haunted by the void— by a sense of lack, emptiness, insecurity, or tenuousness; by the agitated prospect of its own annihilation. As the word suggests, what we ultimately a-void with our fearful and rigid life-patterns is the void. The fear of our future death derives in fact from this implicit dread or more basic anxiety of being suspended over the abyss at every present moment."