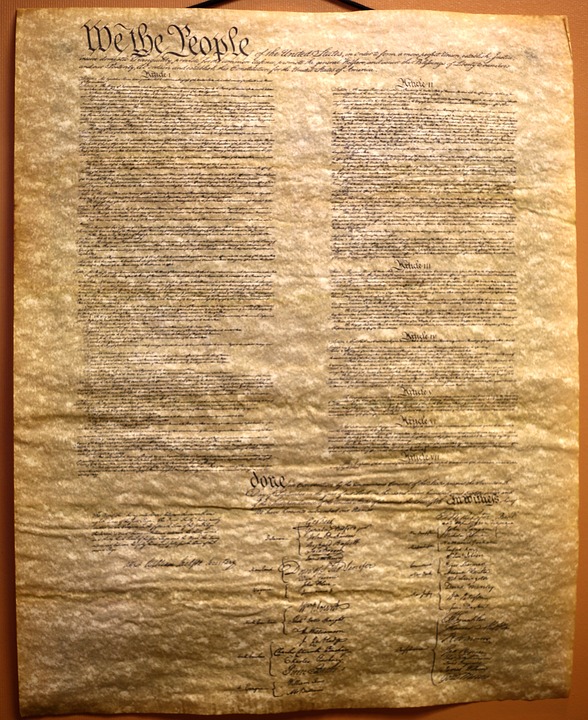 The verdict is in: The President of the United States of America has abused his power, bullied another nation to provide him with personal political benefit, and covered this up in unprecedented ways. The Mueller investigation also identified many crimes he was party to as a candidate as well as numerous instances of obstruction of justice. He avoided being charged only because of a Department of Justice policy. Yet it seems as if many Americans don’t care. The Republicans in the Senate did not, either. Has all pretense of being a moral nation been sacrificed to an inflated image of strongman, bully power?

Americans tend to be dreamers, informed by the Seeker archetype to strive for a better life. Many of us still believe in “life, liberty, and the pursuit of happiness” as a God-given right for all. Our success as a nation depends on the current political environment being a blip, not who we are. I write this because I know that so many fellow Americans are facing painful demoralization and disillusionment about our country. I feel it, too.

My thesis: Right now, the President and the Republican Party are possessed by a primal, shadowy form of the Warrior archetype that threatens to engulf us all, as those of us who understand their threat get pulled into seeing them as our enemy. As the American people’s attitudes were becoming more liberal, Newt Gingrich in the 1990s convinced the Republicans to declare war on the Democrats. Mitch McConnell has gone so far as to interpret this to mean that the Senate was not be allowed to even vote on President Obama’s nominee for a Supreme Court seat in the final year of his presidency. More recently, McConnell has not allowed bills to come up for debate in the Senate that come over from the majority Democratic House. And now the Senate refuses to address the facts of a President’s criminal behavior—behavior that undermines our Constitution. Instead, they blame the messenger—the Democrats.

The Warrior archetype in its shadowy forms is all about gaining power for one’s own group, blaming an enemy for one’s problems. The issue today is that the Republicans apparently see Democrats as the enemy even more than Vladimir Putin and Russia. This culture war, if we all fully join it, leaves our country undefended from external threats. The job of the Warrior is to protect us, but the Warrior’s strategies—war, propaganda (fake news, lies), and coercion—cannot protect us from climate change, the growing income/wealth gap, and nuclear proliferation, and the danger right now of a nuclear war started by power struggles between autocrats or by terrorists. We need the positive Warrior, of course, to have the courage to address the real issues before us and to have the will to do what needs to be done.

We have seen our Earth from space. We know how fragile human life is. Our Seeker selves have to realize that there is no place to run to in the foreseeable future. There can now be no Other as enemy; the problem is in us. The more we focus on human enemies, the more our demise is assured. We are in a time when actual wars, where each side tries to kill the other, have become dysfunctional. War now exists in cyberspace, in economics, but mostly in ideas. We need the Sage to face the facts staring us in the face to counter fake news. There are people among us who simply love to be entertained by a master showman who illustrates the manipulative shadowy ability of the Magician, who can influence opinion through illusions. We saw this with the State of the Union address. What we need in our leaders and in ourselves is the evolved Magician that knows how to change consciousness to change outcomes, expanding our capacities to embrace a consciousness adequate to solving the major problems that threaten our democracy and our ability to head off the crises ahead. Most of us already know that the Senate vote undermines our Constitution, but some do not care. The Preamble to the U.S. Constitution can remind us of what needs to be restored and why we need to care.

“We the People of the United States, in Order to form a more perfect Union, establish Justice, insure domestic Tranquility, provide for the common defence, promote the general Welfare, and secure the Blessings of Liberty to ourselves and our Posterity, do ordain and establish this Constitution for the United States of America.”

We will have Justice only if no one is above the law. We cannot have domestic Tranquility if a people is at war with one another, even a war of words. Certainly, we need to stop scapegoating and focus on caring for all of us. To provide for the common defense, we need to figure out what we need to defend against, rather than escaping into denial and the blame game. We cannot promote the general welfare if our policies disproportionately benefit those who are already rich and powerful and if we focus our energies on undercutting government in the service of corporate power. We cannot secure the blessings of liberty to posterity if we do not address the most pressing problems before us and instead deplete our energies blaming refugees.