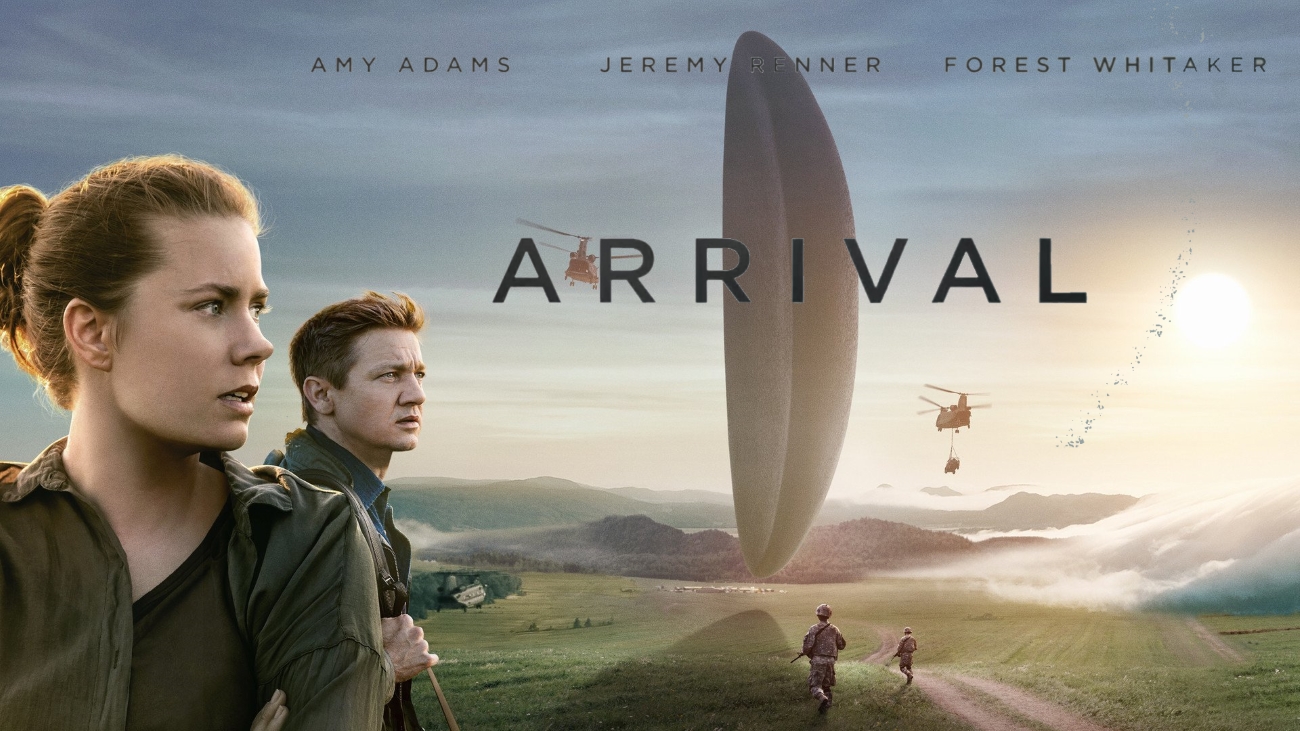 Life in the 21st century is challenging for all of us. We are living in a globally interdependent world, where time has accelerated, learning challenges are constant, and it is difficult to keep up with the pace of change and not feel overwhelmed. On top of that, physicists tell us that time and space are relative, which is difficult for any of us to understand when they seem so absolute. At the same time, neuroscientists are finding that our brains filter out much of what we see, organizing what is taken in through pattern recognition, which includes archetypal narratives, but also alerting us that what we, individually, take to be reality might be only partially true or not true at all. How to function when we cannot count on reality being what we thought it was? Even though much knowledge is now available to us about brain plasticity, which provides hope that we can learn to see things differently in addressing new challenges, such changes do not happen overnight.

The movie Arrival is an example of the 21st century thinking that potentially is available to many of us, at least in small ways. In it, a seemingly mild-mannered heroine, Louise Banks, who by day is a professor of linguistics, responds to a call that seems to require a superwoman: to help save the world. Mysterious spacecraft have landed at 12 sites around the planet. The extraterrestrials in them are heptapods, which look a bit like octopuses—that is, if the latter had one less tentacle and could stand upright. Louise is recruited by the American military to decipher the language of the aliens and enable communication with them. By ordinary standards, a linguist might be a bit player in such a situation, but instead, Louise is the one who facilitates a positive outcome to this encounter, and she does this by utilizing very feminine capacities that have morphed to meet the needs of this new time.

The movie has a very dreamlike ambiance. After news of the landings has spread, Louise is awakened by a helicopter in the middle of the night, and a U.S. Army colonel gives her ten minutes to decide whether to go with them and pack her things. As soon as they arrive at the Montana site where an elliptical spaceship hovers vertically above the ground, she is given some preventive injections, suited up to be protected against contamination, and taken to the ship, where she, her companion physicist, Ian, and an Army team ascend into a tunnel (like a birth canal or near death experience with light at the end) where there is no gravity, finally arriving in a setting with the heptapods, surrounded by mist, behind a clear, window-like wall.

Seen symbolically, the heptapods can represent a new archetype arising from the unconscious, ready to take form in the conscious world, as they also provide a stand-in for the contemporary challenge of dealing with others in this new—and confusing—contemporary reality. In such a time, any of us might have new impulses, images, desires, or ways of viewing the world arising from the unconscious. Just as Louise’s task is to translate the primal growls and moans of the aliens, and engage with them to be able to find out their purpose in coming, eventually we also need to be able to articulate what we are sensing.

Even as Louise has accepted the external challenge of communicating with these strange beings, she is visualizing scenes with a daughter that could be memories, future events, or her imagination, but they are undercutting her and the viewer’s sense of time. Similarly, we can learn from the waves of information coming to us from the outside and inside in our thoughts, sensations, feelings, and dream images. The gift of the heptapods for Louise is the ability to move out of linear time, and in doing so to understand the world through different lenses than before. So, too, in the world today, our task is to give voice to what is emerging in us, as we also face unexpected events and relate to people who may initially seem “other” to us.

Relating to the Other: It seems to be a human tendency to demonize the ”other,” and we see this now in our own time with the spread of attitudes toward immigrants that regard them as criminal types, as well as the Warrior archetype’s desire to find someone to blame for whatever has gone wrong and/or to divert attention from his own misdeads—and to punish them. In a diverse society and a global community, the ability to move past appearances to assess someone’s actual character and potential for positive collaboration is important to us all if we are not to miss out on how our own minds could be expanded and our lives enriched by learning from their strengths and gifts. Louise and Ian, the primary figures in the film, are able to put their fears aside and respond to the aliens with curiosity and empathy, just as later Louise helps the Chinese general—who had been leading the charge to vanquish the aliens he saw as invaders—to do.

The Warrior Archetype Complex as Obstacle: Developing interspecies communication takes time, and Louise constantly has to push back against pressure generated by a panicking population, media incendiaries, and the militaries in 12 countries, all of which assume that the thing to do is to use force against the aliens to drive them away or kill them. The combined impact of countless science fiction movies with Warrior archetype plot structures provides the default explanation for why the aliens would be here: They have come to invade our planet and destroy us, first causing us to fight amongst ourselves (as human invaders do); thus, we should annihilate them. So, in a twist on the stereotypical science fiction film, the potential threat to the success of Louise’s work is not so much the aliens as the clutch of the Warrior archetype on the attitudes and expectations of the time. It is not that the Warrior archetype is unimportant; the problem is that it has become the primary lens through which reality is perceived, creating a kind of Warrior trance that makes it difficult to see things differently—in this case, a more benign reason these strange extraterrestrial visitors have landed on earth.

The Lover Archetype at Work: The Lover archetype can break a Warrior trance, which is why it is utilized in peace-building, encouraging antagonists to shed their defenses, stop posturing, and show up authentically, sharing their experiences and feelings. It also assists in any human encounter with difference. In Louise’s second visit with the aliens, she is frustrated by not being able to get much response from them, and realizes that they need to see her to trust her. Her reaction is immediate and reveals how traditional elements of the Lover archetype are morphing to meet new challenges. Louise breaks the rules she has been given by taking off her protective gear, walking to the wall that stands between her and the heptapods, and pressing her hand against it. Her action is reminiscent of scenes in other films where disrobing moves characters to a new level of intimacy or where we see a woman visiting someone she loves in prison, whom she cannot touch directly, who then meets her hand through a glass wall.

The heptapods cannot meet Louise’s hand in quite this way since they do not have hands and are so much larger than her; but a tentacle stretches out to match her gesture and a sense of trust and connection is established. Louise, who seems to have slipped into a trance state for a moment, sighs with relief, saying, “Now, that is an introduction.”

Learning from Interconnectivity: There is so much in our society that separates the private realm from work and public life, but within our minds, thoughts and feelings about all of these, as well as memories of the past and imagined events in our future, are constantly going on. Most of us try to stay present to one or the other by shutting off everything else. Louise is dealing with so much internal turmoil that she cannot do this, even though she continues to work effectively: Her mind is being reprogrammed by learning the alien language, so she can see the future, or at least one of many potential futures. Her experiences demonstrate the power of the Jungian concept of synchronicity (meaningful coincidences). The clues that Louise gains from her visions of her daughter provide her with information she needs to decode what the heptapods are saying. At the same time, she also is feeling overcome with love for this child. All this requires her to take multi-tasking in mental processing to a new level.

Louise embodies the Magician archetype’s ability to transform situations through expanding consciousness, so that everything that is going on simultaneously, aligned through the catalyst of love, turns her into the person who can deal with it all. As also occurs in the recent film Interstellar, a parent’s powerful love for a child energizes the Lover archetype, which, in turn, helps make the unimaginable happen. You may have observed a similar transformation in someone (maybe you) who is fielding a demanding career with an intense learning curve along with some kind of intense personal crisis and is transformed by intense feelings of love, with the result that she or he becomes a more complex and mature human being.

Entering the Unknown and the Known with Courage and Openness: The complexities we face in the second decade of the 21st century, when everything is influencing everything else, make it nearly impossible to predict the future with any degree of certainty. However, we can recognize some very definite patterns. For example, we know from scientists about the likely progression of climate change. Some people today are so scared by this that they simply have to deny that it could be true. Others of us can break through this denial by tapping into our love of nature and the planet that is our home. That can energize us to get active to do what we can to slow down and perhaps eventually prevent further environmental damage.

In our personal lives, we all know that eventually we will die, and that, when we love someone or something, we may lose them. So, the question is: Do we choose to say yes to love or not? One choice would be to hold back from commitment, while another is to live fully into the time available to us. Spoiler alert: In her personal life, Louise commits wholeheartedly to a “yes” even when she feels sure, based on her visions, that her daughter will die young and that Ian will leave her.

Near the end of the movie, Louise must answer an essential question facing all of us today, in so many areas of our lives: If we could know what is likely to happen in the future, would we take action to change it? And, however complex what confronts us today—known and unknown—might be, can we face it whole-heartedly with love and an openness to transforming and being transformed?

Think of anything in your life right now that feels confusing or even scary. Then: