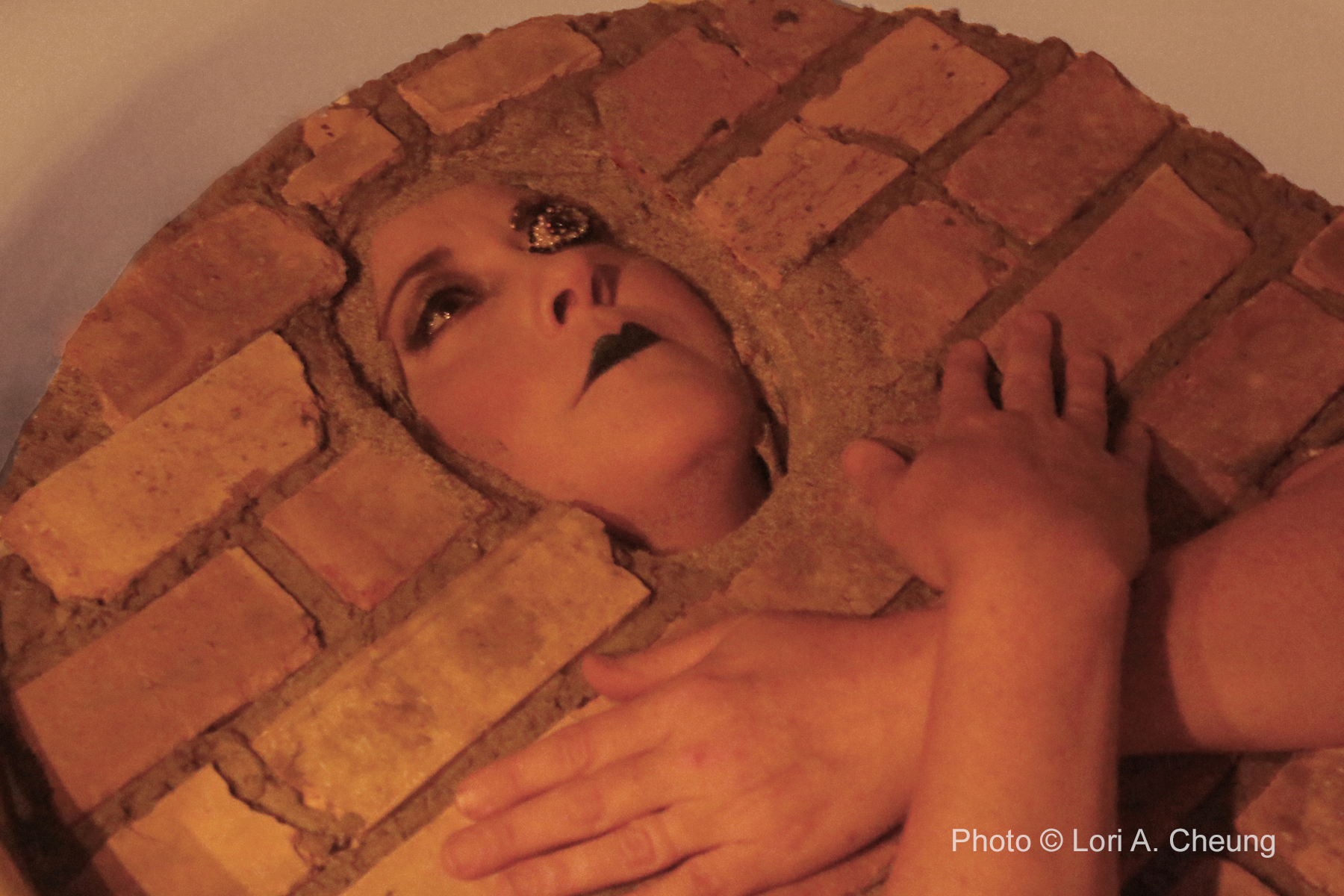 Immurement, the concept of confining people inside walls, is a historical reality. Women, especially, have been victims and sacrifices of this macabre practice.

For Tracy Ferron, a conceptual artist and student of depth psychology, the archetypal theme of “walled women” first surfaced in a powerful dream. At the time, she was deeply engrossed in research on Big Pharma and societal complexes of power in a class at Pacifica Graduate Institute, where she completed her master’s degree in Engaged Humanities and the Creative Life in June 2017. During this process, powerful feelings of hopelessness and frustration arose, dovetailing with her personal life where she felt quite “stuck” in shifting her life’s direction after nearly 20 years spent raising five children.

In our recent interview, Tracy shared the details of her dream. A naïve young woman arrives at what she believes is an audition, but instead ends up as a sacrifice. The walled woman archetype is exemplified when she is murdered and immured in a wall, where the only thing exposed is her left eye. The richness of this “big” dream was so striking that Tracy “basically ran at it with every Jungian methodology and amplification” she could.

As Tracy began digging into the image of women being built into walls, she discovered it had actually been an ancient practice with a long and troubling history.... (Read the full blog post or listen to my interview with conceptual artist, Tracy Ferron, here)