In the aftermath of the terrible tragedy of the Sandy Hook Newtown Connecticut mass school shooting, many of us are experiencing some degree of trauma–whether we knew the victims firsth or not. In fact, there are many reasons we may feel increasingly traumatized in a culture where chaos seems to be the norm, rather than the unusual.

Psychologist  trauma expert, Robert Stolorow (2010) designates the contemporary era an “Age of Trauma” because, according to him, the “tranquilizing illusions of our everyday world seem in our time to be severely threatened from all sides” (para. 2). He refers to ongoing  increasing global issues like global warming, terrorism,  economic collapse–all of which raise issues of existential vulnerability  threaten to annihilate the core framework by which we make sense of our existence. To this list by Stolorow, I would add the pace  intensity by which we are fed information by mass media which assaults us with information like a firehose, inundating us at every moment with horrific news about violence (like the recurring mass shootings), crime, disease, loss, death,  destruction–allowing no time for us to integrate or “hold” the news in a lifestyle which provides no container in which we can witness it. In addition, many of us begin to feel what I call “trauma fatigue.” No matter how awake, sensitive, compassionate we may be, there comes a point when we simply begin to shut down  wish to go back to “normal” life. It’s all we can do to survive our own depth of emotions.

Activist  author, Joanna Macy (1979) points to a general apathy in our culture which she defines as a state that derives from dread. She claims that we live in fear of confronting the despair we all carry that lives just under the surface. For Macy, despair is  ”the loss of the assumption that our species will inevitably pull through” (p. 1, column 3). More  more, we are bombarded by data that questions, perhaps for the first time, whether or not our culture, our species, or even our planet will survive from an ecological, economic, or even cultural stpoint. Growing numbers of people are tuning in to this horror across a broad spectrum of the global population. Worse, Macy points out, feeling despair in  about a cultural context can be isolating, further amplifying the dilemma. She believes there is a psychic dissonance between our felt sense of impending apocalypse  the increasingly desperate mechanisms to maintain “normalcy” as our society requires us to become adept at sweeping our fear  pain under the rug in order to avoid the taboo around directly addressing despair. “Our dread of what is happening to our future is banished to the fringes of awareness, too deep for most of us to (continue reading...)

SPECIAL EVENT ALERT: Join me for ”Beyond Horror  Hope: The Archetypal Intersection of Innocence Evil”–an exploratory conversation about the archetypal underpinnings of the Sy Hook Connecticut school shooting by ian Analyst Michael Conforti, Ph.D., moderated by me, Bonnie Bright, M.A. 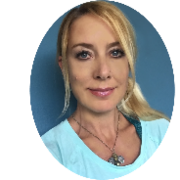