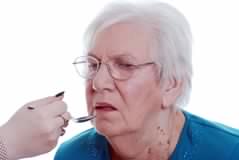 On June 14, 2015 on CBC Radio, the host stated: “The devil is in the details” and this phrase got my attention, so I listened on.  The content was not about the politics of earth religions – getting rid of the Old Testament, raising up Marcion’s views or finding fault with the RC Pope; the topic presented was entitled: “IN the PRESENCE of a SPOON.”

This is the gist of a true story, the pure angst and medical moral dilemma of Margaret Bentley.  Margaret is an 83 year old, retired nurse who is unresponsive, ‘locked in’ her diseased Alzheimer mind. The plight for her daughter, Katherine Hammond is full of excruciating trials and tribulations, while endeavoring to honor and see through, her mother’s 1991, advanced personal directive, living will and right for self-determination, in particularly her end-of-life, palliative or appropriate and compassionate care she expressed when competent and first diagnosed with “Dementia” that included a directive for physician assisted euthanasia.

This case is currently in the BC Courts and deemed “precedent setting.”  Mercy cries out once again as citizens around the globe fight for the rights inherent in self-determination and end-of-life care. The need for physician’s orders that matches the expressed wishes covering the scope, all the details surrounding delivery and assistance with the acceptable level of care revolving around “activities of daily living [ADL],” worked out prior to admission into care, diagnosed with end stage disease and deemed incompetent.

“Quality of life” is an ideal strived for to the end-of-life care, final breath - death” that is currently NOT a universally accepted right, privilege or freedom.  Anticipating and providing one’s wishes in form to be viewed as “acceptable” care directives that satisfy all the players involved in end-of-life care legalities and technicalities of conflicting Acts, ethics, morals and codes of human being and professional conduct including power-of-attorneys and guardianship rules of any compromised human being deemed incompetent within their operational system, community and culture.

There are defined levels of care in most care facilities to cope and deal with the host of significant end-of-life care issues inherent in life/death trajectories.  The sheer number of seniors within the “Baby-Boomer” generation is changing the landscape, perceptions and the governance of care of the aging.  Front-line health care issues manifest throughout an individual’s lifespan that accelerates with the passage of time and typically becomes a hot, debated subject matter topic for seniors – our elders.

Acute, long-term and auxiliary care facilities are inundated and plagued with an array of conflicting moral codes and acts that overwhelm staff who work in care facilities – the daily moral and ethical dilemmas in the health care and “dying machine” businesses around the globe.

There are the business policies and procedures inherent in the ethics, law, guardians, health and professional care/Acts and reforms needed. Moral codes of behavior conduct and matter of conscience within systems that deliver and provide care to the elderly and terminally ill [“the dying businesses”] of care facilities around the world is “Big” business now far removed from intimate family care and life.

This is the gist of a true story, the pure angst and medical moral dilemma of Margaret Bentley.  Margaret is an 83 year old, retired nurse who is unresponsive, ‘locked in’ her diseased Alzheimer mind. The plight for her daughter, Katherine Hammond is full of excruciating trials and tribulations, to honor and see through, her mother’s 1991, advanced personal directive, living will and right for self-determination, particularly specified end-of-life, palliative or appropriate and compassionate care including euthanasia.

Mercy cries out once again as the need for physician assisted, quality end-of-life to death care for the mentally + physically terminal cases continue to be brought to light.  Force-feeding adults with swallow + gag reflexes alongside high risk for “choking” incidents is painful to observe and an uncomfortable “duty” performed on so many elderly citizens in care facilities around the globe who do “open their mouth in the presence of a spoon.”  Inevitably many die from aspiration pneumonia and septicemia.

“In the presence of a spoon” is at question in the courts for does “an open mouth” imply consent to be fed or is it simply an unconscious reflex?  Who makes this determination?

The devil is in the details and Margaret’s due care and attention concerning her last will and testament regarding future care once deemed unresponsive and incompetent secondary to end-stage Dementia is at the bottom of the matter for the argument posited at the last court hearing inferred:

The staff at the Maple House in Abbotsford are to feed her and placed a “police order” in place with the care facility to ensure as a default position to ensure “food + water” are given to her for the main witness stated he was “not sure what they [people with end-stage dementia] want regarding eating in her own demented world.”

A guest speaker, representative for “The Canadian Centre for Elder Law” stated on that the upholding of a person’s last, living’ will details can be disavowed as evidenced in the cases of Margaret Bentley.  She states the current status of legal law of wills in our Canadian courts; the honoring of legal “living” wills is a myth!  That despite astute will and estate planning, Margaret [and her assigned agent] are impotent, her expressed wishes are disregarded of, both are impotent because of “the systems” with no legal rights for self-determination regarding end-of-life care once deemed incompetent and unresponsive, except for the opening of her mouth in the presence of a spoon.

The professional moral dilemma/ethics remain: to follow her wishes could result in professional charges of neglect [Guardian legislature] and the opposing argument is “spoon feeding is not a health care act but a matter of personal care.”  Medical decisions verses personal directives unresolved conflict that leaves this woman in a “degrading – a horrible place’ as stated by her daughter/advocate.  The final comment to this news release was “in the dying business, we have no control.” 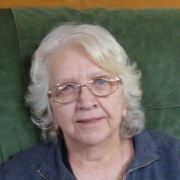