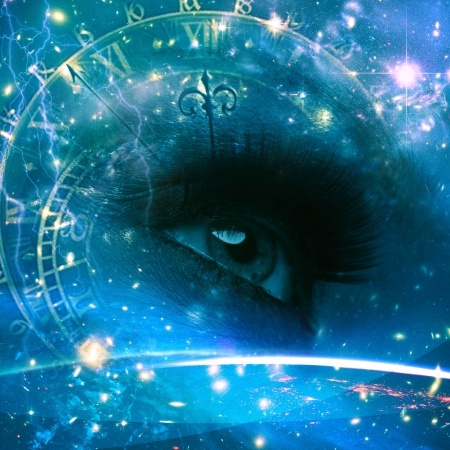 C.G. Jung was a strong proponent of balancing rational thought with non-cerebral intelligence, insisting that consciousness inherently resides in the body and in the natural world around us. In fact, he was quite taken by Austrian Nobel prize-winning ethologist Karl von Frisch’s notion of how bees communicated navigational information to their sister bees so that they could forage the best pollen around the hive. Frisch’s research suggested the “waggle dance” performed by bees was both intelligent and purposeful, demonstrating an organizational impulse that stemmed from the “bottom up”—that is, situated on an intelligence that existed a priori in nature (Cambray, 2009).

Jung’s corresponding work on the concept of synchronicity made great strides in resolving the split between mind and body, the characteristic human form of the larger, more cosmic rift between psyche and nature. Jung coined the term “synchronicity” to mean “meaningful coincidence” after determining that seemingly causally unrelated events, which appeared to be unconnected, had a priori connection to one another, occasionally manifesting in conjunction with one another, bringing meaning (C. G. Jung, 1960/1985). The existence of synchronicity meant that irrational or anomalous phenomena we tend to disregard from a causal perspective actually are part of a larger pattern imbued with meaning (Pauli, Meier, Enz, Fierz, & Jung, 2001).

Jung determined that the psychological and physical features we perceive in the world are dual aspects of one underlying reality (Pauli et al., 2001). He came to view mind and matter as a continuum, with psyche located on one end and the physiological instinct on the other, and the archetype serving as the bridge between them (C. G. Jung, 1947/1985, p. 216), though he ultimately expressed a desire to do away with a theory of psychophysical parallelism altogether in lieu of a unitary reality known as the unus mundus, a union of spirit, soul and body (C. G. Jung, 1958/1978a, p. 452).

Pointing to ways in which inanimate objects seem to “collaborate” with the unconscious by forming symbolic patterns, Jung even cited instances where clocks stop at the moment of their owner’s passing, or where items break within a home where someone is going through a powerful emotional crisis.

The evidence for an enduring connection between the outer world and the inner, embedded within a larger reality, seemed to grow clearer for Jung, particularly later in his life. “Since psyche and matter are contained in one and the same world, and moreover are in continuous contact with one another and ultimately rest on irrepresentable, transcendental factors,” he (1947/1985) went on to say, “it is not only possible but fairly probable, even, that psyche and matter are two different aspects of one and the same thing” (p. 215).

Each of us has likely had some experience of synchronicity in our lives, where things in what we consider the “outer” world seem to be engaging, responding, or interacting with what’s going on in our inner emotional or psychic life. If you begin to pay attention, you’ll notice these kinds of experiences everywhere you go. Could it be because there really is no separation?....

Bonnie Bright is the principle and founder of Depth Psychology Alliance, a free online community for everyone interested in Jungian and depth psychologies, Depth Insights, a media production company that offers a scholarly ezine, radio podcasts, and educational webinars, and Depth Psychology List, a free-to-search database of Jungian and depth psychology-oriented practitioners. She holds M.A. degrees in Psychology from Sonoma State University and in Depth Psychology from Pacifica Graduate Institute in Santa Barbara, CA, where she also recently completed her PhD. She finished a 2 1/2 year training with African elder Malidoma Some´in Technologies of the Sacred, graduated from a 2-year certificate program in Archetypal Pattern Analysis via Assisi Institute, and has trained extensively in the Enneagram and in Holotropic Breathwork.