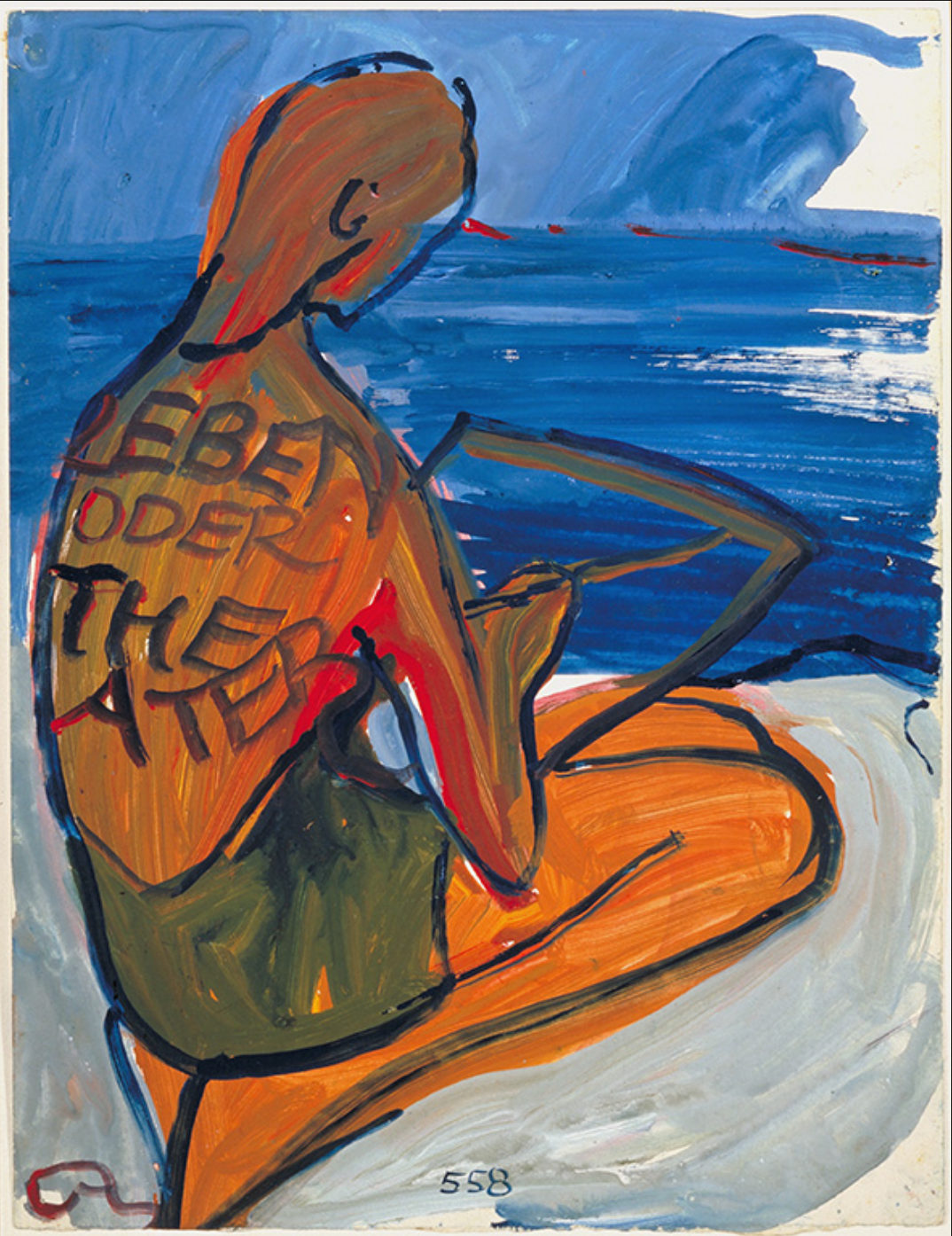 Lisa Pounders has always had an interest in art and poetry, and has long been inspired by the work of Joseph Campbell—even painting his directive, “Follow your own bliss” above a window in her art studio years ago.

Now pursuing her Ph.D. in the Jungian and Archetypal Studies specialization at Pacifica, Pounders has a much better understanding of the relationship between art and depth psychology. One aspect lies in Jung’s idea of individuation, a process by which there is an inner drive toward a calling or a sense that there’s something bigger at work in our lives—not “fate,” Pounders insists, but “ways to develop and to enrich your life, and perhaps to enrich other people’s lives.” That initial quote from Campbell, “Follow your own bliss,” was her personal call to art, Pounders reveals, and from there she was led to Pacifica.

As she began her exploration of depth psychology at Pacifica, Pounders found herself excited about Jung’s idea that the unconscious is inherently creative. The drive toward development has a force for making and for image-making, as well, a tenet Jung discovered on his own when he started working on his Red Book in the years after his fallout with Sigmund Freud.

Once Jung found himself on his own, he turned to the process of what he called “active imagination” to drop down into the unconscious to have dialogues with inner images and characters that revealed themselves to him. He used both writing and painting or drawing in the process of active imagination. The resulting illustrations now highly publicized in The Red Book came from a state that might be described as dreaming in a semi-conscious state....

Charlotte Salomon, a German Jewish woman who tragically perished at Auschwitz in 1943 when she was barely 26, first created an opus called “Life? or Theater?”—which has gained wide acclaim.

Part of the power of Charlotte Salomon’s work—and C. G. Jung’s Red Book, too—was the use of images, words and even music to try to express what’s happening inside for one’s self, and also to communicate to other people, explains Lisa Pounders, a graduate student at Pacifica Graduate Institute whose research is focused on the correlations between Jung and Solomon. There is a “third kind of thing” between you and your unconscious that allows what’s happening inside to “get out there” where others can also connect to it. When working with art, we’re always working with pieces of ourselves, Pounders insists…

Read the blog post or listen to the audio interview here