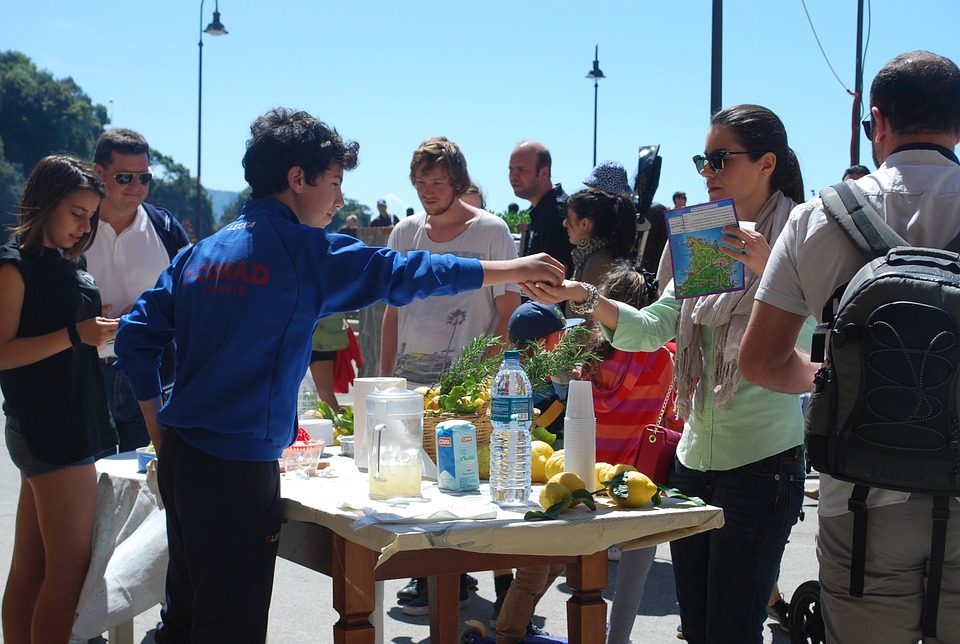 An Archetypal Plan for Recovering from the U.S. Presidential Election

The U.S. presidential election has left Americans more divided than perhaps at any time since the Civil War. This is the last in a series of three blogs in which I offer an archetypal approach to understanding the forces at work both in the U.S. and around the world that produced this outcome and that threaten catastrophe, and a possible means to achieve greater unity and renew our faith in our democratic system of government

In the comic tradition, the collective Archetype of Community is what creates a happy ending, in contrast to tragedy, where things break down. In Greek drama, tragedy ensues when the leader or a group fall prey to hubris, thinking that they are above everyone else. Comedy in its classic definition does not require humor; rather, it signifies that the plot moves from miscommunications and discord to harmony, where almost everyone, except perhaps for the most vile and evil, is included in the reconciliation.

The Myth: In the Eleusinian Mysteries, community is restored when harmony between Zeus, Demeter, and Persephone is reestablished. Here’s how this happens: As the famine induced by Demeter worsens, mortals fear that they will die of hunger, and the gods and goddesses do not want to lose the sacrifices that mortals give them. As a consequence, pressure builds for Zeus to do what Demeter wants—which is to allow her daughter to have the life she desires rather than what Zeus decides for her.

Zeus respects power, so when he realizes that the gods and mortals are supporting Demeter, he gives in to both mother and daughter. Persephone returns to the Upperworld for half the year and people gain the capacity to recognize seasons in life; the gods stop oppressing the mortals, and Demeter and Persephone found the Eleusinian Mysteries to teach people how to be happy, prosperous, and free of fear. Prosperity and fecundity return, so Zeus throws a big party to honor Demeter and Persephone, and to show that he now recognizes his reliance on them, since he cannot make the grain grow, and on the other gods and goddesses, and thus will be a more collaborative leader. Persephone gives birth to Dionysus, the god of joy, who helps people celebrate with dancing, thereby expressing their authentic selves while enjoying being in community.

U.S.: Achieving a satisfactory ending after a divisive presidential election is hardly guaranteed. Getting there would require a good balance between Zeus, Demeter, Persephone, and Dionysus energies. The challenge is that we live in a pluralistic society where:

All this means that the Zeus single focus of the incoming government does not represent the views of most Americans, although it does represent those of a substantial minority. Plus, once a president is in office, there is a tendency for support for him to build, since we all need the person in that role to succeed. Given this larger situation, a positive ending will require a meta-narrative and policies that bring us together by meeting the needs and values of all these groups.

Within this context, the president-elect and congressional Republicans have declared that they have a mandate to do what they want.

Restoring harmony in the U.S. will not be easy, given the raw feelings on all sides and a government that promises to dismantle policies and programs valued by a majority of Americans. Citizens in historically Red States may continue to support Trump and the Republican Congress; those in Blue States likely will want to preserve their ability to live by very different values and with different policies. Overall, the result could be a society that is even more divided than it is today.

In four years, much of what we have come to take for granted could no longer be true. Many citizens in Red States may find that they do not like actually getting what they believed they wanted. This is beginning to happen already, as people who voted for Trump worry that they will not have health insurance or Medicare or, for many farmers, anyone to harvest their crops. People in Blue States might utilize the upcoming period of relative chaos (which will be inevitable in a time when existing structures and policies are being dismantled) to promote new and different means to achieve 21st century ends than those that are common now. We already are seeing updates of proposals Democrats have made, like plans to modernize our infrastructure and in the process provide jobs—proposals that could pass in the near future when Republicans can take credit for them. With everything in flux, it is impossible to predict exactly what may result.

If greater archetypal balance is restored, however, the outcome still will be different from what we have today. Ideally, it will be better, or at least not tragically worse. The two major political parties can contribute to this effort. Both are expert at Zeus’s way of power; many Republicans have advocated “compassionate conservatism,” so while their policies may differ, they could join Democrats in making sure that new strategies are not hurtful to people or the earth; and both parties include those who understand that new times require new structures.

All this also requires Persephone creativity. When policies are based on prioritizing power and dominance only, thinking tends to lack cognitive complexity as well as emotional and narrative intelligence. As a result, the nation could easily become a heartless dystopia, where decisions are made to benefit those in power without awareness of likely side effects on them or on others. Achieving positive outcomes will, thus, require a citizenry that is:

However, it also requires Dionysus. We see him expressed in humor, and in the unseating of people who seem uptight and controlling through poking fun at them, as well as in collective celebration, which traditionally includes music and dancing. It is Dionysus who can counter the mean-spiritedness of the international and national alt-right and the tendency to sink into self-questioning despair that often hampers progressives.

Dionysus energy already is present in how many people of all political stripes get their news from comedians, as well as the wonderful ability Americans have always shown to find humor in whatever crazy things our leaders are doing. A Trump presidency certainly can be entertaining for everyone if we lighten up; he is, after all, an entertainer. Moreover, satire is an important strategy for identifying attitudes and actions that are not just harmful, but absurd. President Obama has used it creatively to make jokes about his detractors instead of threatening or denouncing them.

Of all the archetypes, Dionysus is the easiest with change and the one that can help with the rebirth needed for a healthy 21st century America that works for everyone. Just as joking around can aid in brainstorming, lightening up can help Americans stop demonizing one another and come together to address the real challenges facing us in a fast-changing, technological, global society.

Journalist and social activist Barbara Ehrenreich, in her book Dancing in the Streets, traces a true populist tradition down from Dionysian revels to the current day, arguing that real populist movements are joyous, involving music and dancing, unlike the more martial and hostile channels for populist energies generally fostered by those in power who desire to keep control of the people in order to retain their advantages. We will know we have achieved a healthy and inclusive populist movement when we convene with collective hope and joyous revelry. Only then will we have attained a societal rebirth, realizing the Eleusinian Mystery promise of individual and shared happiness, prosperity, and freedom from fear.

You and Me: As individuals, our happiness and success also come from discovering our own optimal balance of Zeus, Demeter, Persephone, and Dionysus energies. When you find yourself out of balance, you can, first, recognize which archetypal energies you have too much of, and which too little. When too little, you can awaken more of what you are missing by identifying people who evince the archetypal qualities you lack and emulating them. When you have too much of an archetype, you can use mindfulness to decrease its presence: Notice when you are overdoing it, name it, and say inwardly something like “too much,” or “not now” and then choose to respond from one of the other archetypes’ way of acting.

Second, remember that you are an important player in the drama unfolding before us. Each of us is a microcosm of the societal macrocosm. Its imbalance creates a corresponding imbalance in us as well, fostering a sense of anxiety. The result will be tragic if we respond to feeling off balance by blaming one another and fighting among ourselves. However, if we take the higher course, we can focus on regaining equilibrium in our own lives as we also encourage balance in society and the world.

Whoever you are and however you voted, you can say “Yes!” to the call of the heroic quest, finding and bringing your best self to the movie we are all in together. Doing so will create ripple effects that promote the outcomes promised by the Eleusinian Mysteries—individual and collective happiness, prosperity, and freedom from fear—so that we can get back to building “a more perfect union” as our founders so desired that we continue to do.