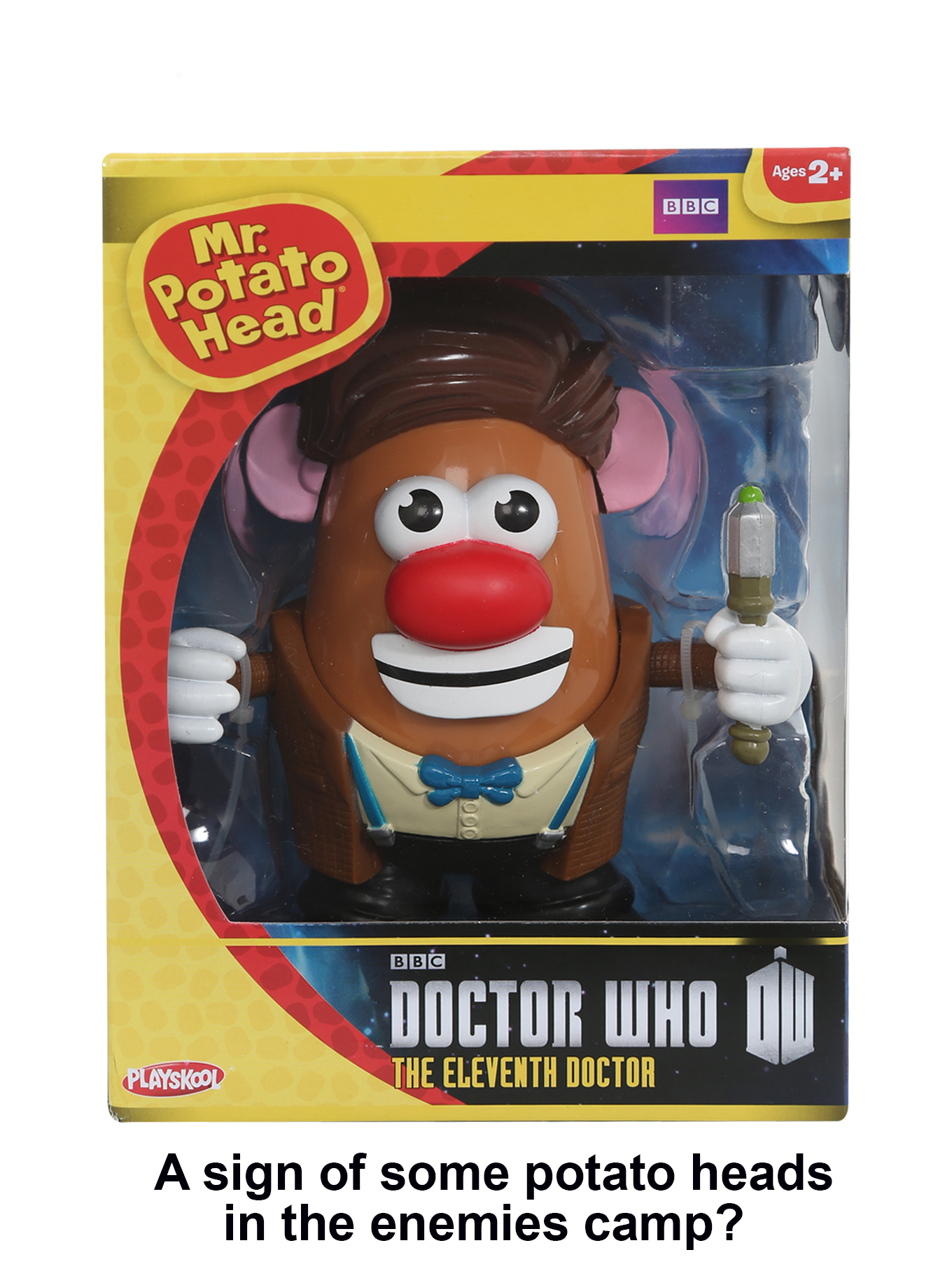 I’m pretty sure I am supposed to memorialize my experience, but I have been a bit fearful of doing so.  It just dawned on me that I don’t need to fear looking crazy when I’m amongst a group of Jungian Depth Psychologist.  IMHO you all are far crazier than me.  LOL   So I’ll start from the beginning and start a new thread.  Hopefully, this won’t be too boring.  I can assure you that it was anything but for me.  The importance of the background information will become evident later.  Thoughts, comments, and the sharing similar experiences are welcomed.

I was born in Rochester, New York.  Rochester is within a portion of upstate N.Y. I call the Twilight Zone.  We moved to Kansas around the time of my first birthday.  I have no memories of Rochester but just within the last year my mother informed me of something unusual (Twilight Zonish) that occurred when I was 3-4 months old.  More about that later.

My first memories are of Christmas Day 1963.  Part of the memory is of a dissociative experience and my feeling that I was very different from those (family members) around me; almost as if I didn’t belong.  I’ve read and heard of many people feeling similar, but I wonder if there is in any added significance to the fact that I was 4.5 years old and these are my very first memories.

Apparently, I was/am highly sensitive to incongruities in the speech and behavior of others.  I surely am but I say apparently because on some occasions it appears I just use this “sensitivity” stuff as way to rationalize to myself how I occasionally arrive at correct conclusions without any rational basis for doing so.   I would later learn some refer to people like me as anomalously sensitive.  I also have highly superior autobiographic memory.  I am also high schizotypy.  Actually I think all three things go together.  The sensitivity and the schizotypy are dependent upon the good memory.

On this Christmas day I accompanied my mother to visit her sister and her family.  They lived just a few miles away; on the same side of town.  As soon as we arrived I went to my cousin’s room to see if it was there.  I knew it would be there, and there it was.  Not only was it there, he was sitting on the floor playing with it as if to flaunt it at me.  Santa had brought him the toy I didn’t get; the highly coveted Mr. Potato Head doll.  It was a worthless stupid little doll that much I was already wise enough to know, but everyone wanted one, so I had to have one too. [1]

Having already suffered the disappointment of not getting a Mr. Potato Head, now I was getting punished even more by having to face feelings of jealousy, envy, self-pity.  It made no sense, and I kept asking myself “why did my cousin get one but not me?”  I couldn’t ask him directly because I feared he would figure out that I had lied earlier when I said, “I got one too.”  So I poked and I prodded him with questions in a round-about way, but eventually I somehow opened the door to the very thing I did not want to hear.   “Santa brought me one because I was good,” he exclaimed.    There it was again.  It was as if my reality was being manipulated for my benefit, to cause me pain.   My cousin was too dense to have intended the negative inference in his statement but I could see it plain as day.  “Bull fu*king sh*t!,” I must have been thinking in my 4 year old way, “I’ve been a good boy too!”

Next I recall sitting in their family room adjoining the kitchen where my aunt and mother were washing dishes and talking.  I recall noticing something odd in their speech as they discussed Santa’s giving to the members of their respective households. [2]  I could not put my finger on it but I sensed there was something disguised in their speaking.   I was so attracted by this that I ended up positioning myself on the floor (playing with a toy) virtually under their noses.  I recall being struck by their apparent inability to imagine that I might be smart enough to see through the disguise in their conversation.  When they were done I had a good sense that Santa was a fraud, but I had no confirmation.  The next part of the story has been confusing as to its meaning but equally vivid in its detail.

We were our way home, and I can recall almost exactly where we were on the roadway when I said to my mother, “Aunt Mary told me that there is no Santa Clause.”   At that very moment I could see her face in the rear view mirror.  She knew I was lying but there was something about the surprised look in her eyes and the slight hesitation which confirmed my suspicions.[3]  I could tell she was thinking that I had just tried to trick her.  Her next big mistake was to start asking me questions aimed at determining my degree of certainty in this discovery.  Try as she might, her round-about way of questioning was nothing but a “give away” to me.  The more she asked, the more I knew, but I was still utterly helpless when it came to providing her a rational explanation for my thinking Santa was not real.  Finally, out of frustration I lied again and blamed my discovery on one of my older brothers, “he told me.”

May of the next year I attended kindergarten orientation and met my first friend.  He lived just one block over.  After orientation I asked my mother if I could go over to his house to play. We were in his back yard and he was on a swing.  He was telling me about the bike Santa had gotten him for Christmas.[4]  I thought I would impress him with my knowledge of the secret that Santa was not real.  That was a disaster.  “He is too, my mom told me so,” he retorted.  “What do you know?” he added.   And there it was, again I was challenged to explain and I was at a loss to explain how I knew.  He ran to go tell his mom what nonsense I was saying, and I ran home to sheepishly hide from the verbal scolding from mother that I knew was coming.

I think the next significant event in my life might be my reoccurring cliff dreams.  They seem to sum up a feeling a generalized feeling of loneliness that I had back then and to some extent have carried ever sense.  On several occasions I would awake from the nightmare and briefly be unable to move. I don’t think this ever lasted more than a minute. I borrow just a tiny bit with some prose from John Steinbeck.

When a child first senses something lies beneath—when it first comes into his innocent little head that things are not what adults pretend them to be, that adults can’t be trusted for great wisdom, the best  judgments, and their words are not always true—the child’s reality begins to crumble around him. Then suddenly, as if by epiphany, this spark of awareness explodes into a realization that the whole world is not what it seemed.  He next finds himself within a dream.  Everything including his own body begins to tumble towards a great cliff and the great expanse of unknown that lies beyond.  He tries desperately to hang on, grasp a tree trunk, a boulder, a stump, to stop his momentum, to prevent his fall. Try as he might there is no stopping what he himself has begun, he senses from somewhere deep inside —his fall is inevitable.  As he launches out from the precipice he has for the first time a taste of his destiny. There out in the dark of space where not a light can be seen, he is without any support, he is alone in the universe.  As he continues to fall he grasps for hope by thinking perhaps it is all a dream.  But the feel of falling is too real to be not true, the sensation of gravity is too strong to be wrong, and at terminal velocity he knows that it was his hoping that was all wrong. This is real and not a dream, he is all alone, and accompanied only by his fear of the inevitable--catatonia.

[1] The success of Mr. Potato Head may have been a seminal event in terms of consumer awareness.  Not only could they sell us a worthless product, they could mock us by calling us potato heads for buying it.

[2] This might be an example of my using false memory to rationalize.  The physical events took place but what was going through my mind at the time I might be reconstructing.