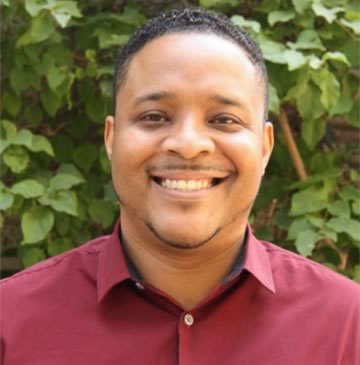 One of the benefits of depth psychological traditions is that they can be applied to understanding what it means to be a self or soul in this world, and to think about others who have led the way. “We stand on the shoulders of so many giants,” insists William James Jones, who completed his dissertation research on the process of self-actualization to receive his Ph.D. in the Clinical Psychology program at Pacifica last year.

In the process, Jones realized he was interested in self-actualization long before he knew the term for it. As a young boy from the streets of Chicago who didn’t really have his father growing up, he looked up to some of the strong figures in his community—including his mother, teachers, coaches, pastors, and priests—for inspiration. He was keenly interested in what it means to be a man with excellence—to really lead the life he is capable of, he realized. That desire sparked his curiosity about who exhibits the kind of traits he aspired to, prompting him to ask, “Who am I at the deepest levels, and what's my purpose in life? What's the meaning of all this?”

After studying a wide variety of individuals who have contributed to the philosophical thinking of depth and clinical psychologies, Jones discovered Maslow’s theory of self-actualization, which seemed to best describe what he had been looking for for most of his life. It also best described the qualities of certain people who inspired and moved him, including Barack Obama, Colin Powell, Condoleezza Rice, Oprah, and others. Jones recalls how, as a kid growing up in Chicago, basketball legend Michael Jordan was a tremendous symbol for the passion and the excitement of the city. Jordan was consistently excellent, Jones remembers, seeming to lose himself in the game to a point where his performance was almost magical. But, after a Bulls game, when most of the rest of the team was out celebrating, Jordan was always back in the gym or practicing shots at the court. "What drives a man like that who is already considered the best, yet who still practices as if he's at the beginning of his career?" Jones wondered. That particular pursuit of excellence is self-actualization, which Jones defines as “doing that one thing that one does well to the fullness of one's ability, and doing it consistently.”...

Read the blog post or listen to the interview here