The Souls of White Folk Pt. 5: A Community Discussion on the Archetypal Roots of the Trauma of Racism in America 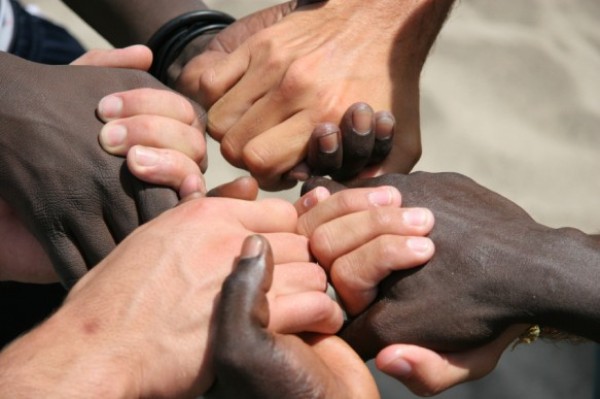 “Can we talk of integration until there is integration of hearts and minds? Unless you have this, you have only a physical presence, and the walls between us are as high as the mountain range” – Chief Dan George (Nerburn, 1999, p. 76).

"Most of these people will never make the headlines and their names will not appear in Who's Who. Yet when years have rolled past and when the blazing light of truth is focused on this marvelous age in which we live -- men and women will know and children will be taught that we have a finer land, a better people, a more noble civilization -- because these humble children of God were willing to suffer for righteousness' sake.” - Dr. Martin Luther King, Jr., Nobel Prize acceptance speech, December 10, 1964, Oslo, Norway.

Over the past several weeks we’ve attempted, through a series of blog posts, to survey a number of contributing factors to the archetypal roots of the trauma of racism in America. The intention has been to suggest possible areas for reflection, discussion, and future research. It has not been our purpose finally to define racism’s archetypal roots, nor to limit possible avenues of future inquiry. In that spirit, we’ve suggested that the trauma of racism in America is a spiritual crisis that impacts every area of contemporary life. We’ve made the claim that our most virulent cultural challenges today – gun violence, income inequality, environmental disaster, mass incarceration, unbridled materialism, and more – are rooted, economically and ideologically, in the historical facts of the genocide of native people and the enslavement of kidnapped Africans.

In terms of archetypal development, we’ve identified the trauma of racism in America as a cultural shadow-complex that includes the early, false binary of savage/civilized, the cultural fear of one’s own psychological shadow, and we've linked these fears to the fear of our own archetypal endowment, what Carl Jung has called the 2,000,000 person in each of us. Finally, we've shown how these fears have led to centuries of severe trauma. The fact that such trauma has multi-generational impact is widely recognized (Danieli, 1998). Recent research has even shown that intense trauma, such as that described in our previous post, is recorded at the genetic level and may have significant impact on immune function (Uddin, et al, 2010).

This brings us back to a question asked in an earlier post, “How does one recover from centuries of trauma?” Perhaps more importantly one might ask, “How does a culture recover from centuries of trauma?” Multi-generational cultural trauma that has gone on for centuries, impacts both perpetrator and victim, and its unseen reverberations exact a heavy toll on all those who experience, witness, or participate in evil. Perpetrators of violence and trauma will often seek treatment because they have become so horrified at how they have violated their own principles of right and wrong. Even those who sit complacently in the citadels of white privilege must sooner or later experience and endure the heritage of this dark cultural ancestry. Multi-generational cultural trauma is not the same as individual trauma, but there are many similarities that we might learn from. 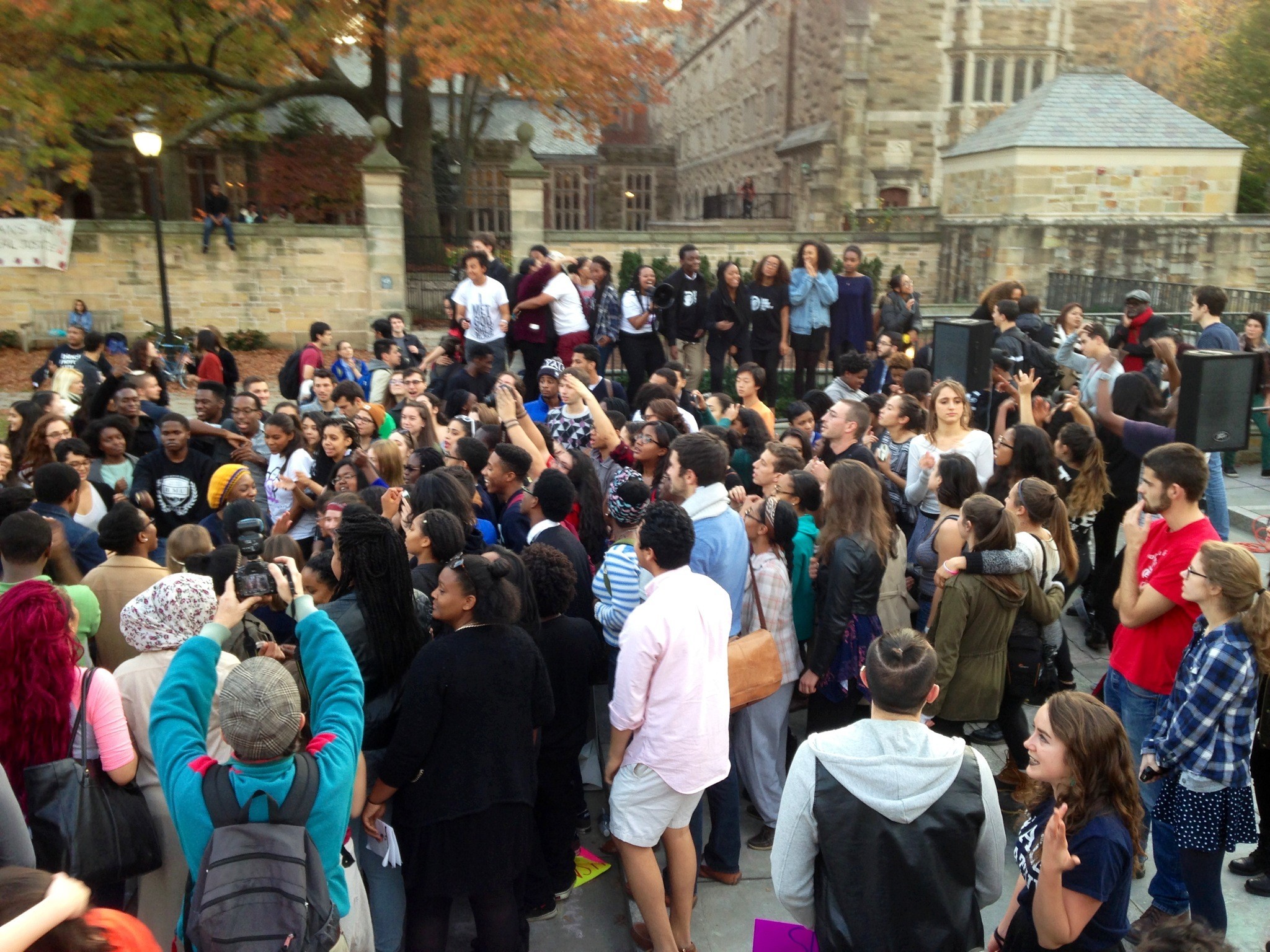 Psychologist Dr. Raymond Flannery, Jr. (1994) has a long reputation of working with survivors of trauma. Flannery identifies three important symptoms in survivors of trauma: dissociation, learned helplessness, and repetition compulsion. Culturally, we see dissociation in our inability to focus on the reality of our traumatic history. We’ve learned to feel helpless and impotent in the face of rising racial violence and tensions, and we repeat endless cycles of hand-wringing, power and control tactics, and violent confrontations. Some of the disorders that Flannery identifies as resulting from untreated trauma can be seen widely in our culture as well: anxiety disorders, depressive states, and addictions. Any of these cultural symptoms and disorders can be triggered by experiencing (and witnessing via news reports, etc.) recurring instances of trauma, violence, physical abuse, and emotional abuse. Racism and hate speech are always emotionally abusive, and they frequently escalate into (and tacitly encourage) more direct, confrontational offenses.

How, then, can we best heal from these present and historic injustices? The first step, of course, is to eliminate all forms of racism and abuse from one’s environment, and to be clear in all instances that its is unacceptable; but what next? Flannery suggests four goals for individuals recovering from trauma. These may also be of help culturally. They are: 1. Reduce physiological arousal. On a cultural level this might amount to making a commitment to be more aware of and to manage experiences that trigger us, to think through our responses in intense situations. 2. Restore reasonable mastery. As a response to learned helplessness, this would mean a commitment to taking those steps that are reasonable and within our control to recognize and own the history of racial trauma upon which our culture has been built. 3. Build caring attachments. Culturally, this means listening to one another as we tell the our stories and as we tell the truth about what has happened to us. It could also mean simply making a commitment to being what Dr. King has called a ‘person of good will,’ being open to diversity in every area of life, embracing and cherishing the relationships we already have, and being committed to building new relationships. 4. Meaning Making. This simply means doing our best to make sense of our history, to honestly and deeply grieve the losses that we have experienced individually and culturally, and to find a renewed sense of value and purpose in life. 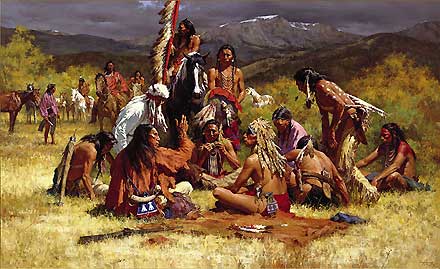 Racism as a Spiritual Crisis

Admittedly, these suggested approaches to racism as cultural trauma are only partially, if at all helpful. Ultimately, the trauma of racism is a spiritual crisis that brings us face to face with evil, and challenges our faith in the sacred. If we approach racism as a spiritual crisis, from the perspective of depth psychology, then it is essential that we find a way to affirm that the archetype of good can and will prevail over the archetype of evil. We must find, invoke, and constellate our most positive sense and experience of transcendent good and enter into communion with it, preferably on a cultural level. For religious people this is often easier than for those who are uncomfortable with cultural religious forms. A religious person can invoke God, or their Buddha nature, etc., but all of us can claim fidelity to some transcendent value. The philosophical values of beauty, virtue, justice, courage, etc. can represent the transcendent, as can archetypal imagoes such as the king, or one (or more) of the Greek Gods. Invoking these values through prayer and meditation can have a transformative affect on all who take part. 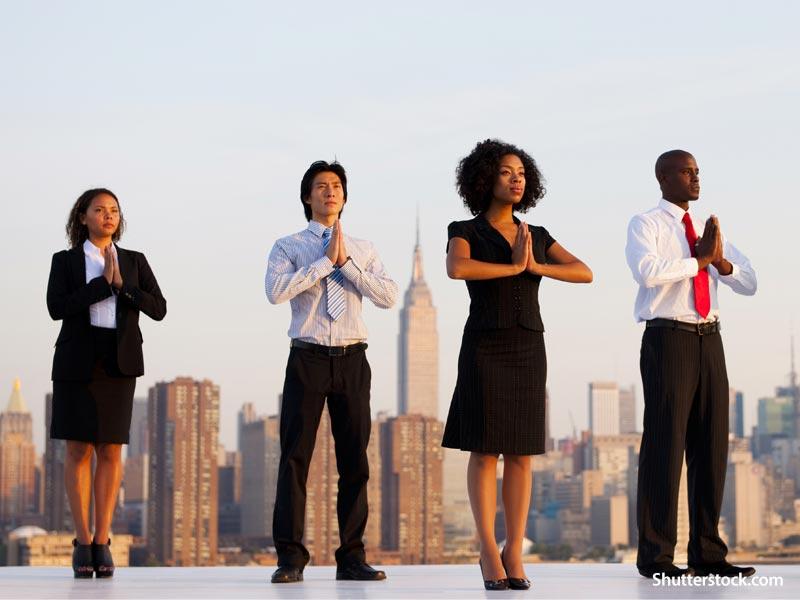 Inevitably, any authentic encounter with our cultural shadow complex will constellate intense grief. The losses we have suffered as a culture are overwhelming, and continue to grow daily. As Francis Weller (2015) says “Through grief, we are initiated into a more inclusive conversation between our singular lives and the soul of the world” (p. xvii). There is no way that we can each grieve the extraordinary losses that racism has visited upon our culture. Weller suggests making grief a spiritual practice, where one addresses grief bit by bit, on a daily basis, without turning away from it. Group grief process can also help us to recognize that no one of us is responsible for the horrors of the world, nor must we face them alone. In addition to Francis Weller’s fine book The Wild Edge of Sorrow: Rituals of Renewal and the Sacred Work of Grief, there are many other valuable resources available for work with grief and cultural ancestry.

It is my own hope that, by dealing with our history of racism as best we can through individual and group efforts, we may effectively work towards healing and redemption and ultimately move toward achieving some measure of justice and reconciliation. A suggestion that I’ve made before, and that I would like to see take shape one day, is a grassroots movement to make the traditional July fourth holiday a national day of mourning, where we all join together to mourn the loss of millions of Native American, African American and other lives that were given that we may each enjoy whatever measure of freedom we enjoy today. I invite you to think of ways that you, too, might affirm unity in the midst of diversity. 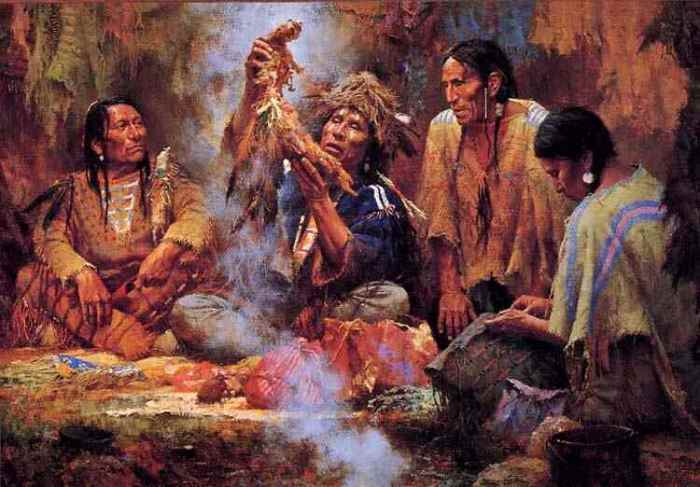 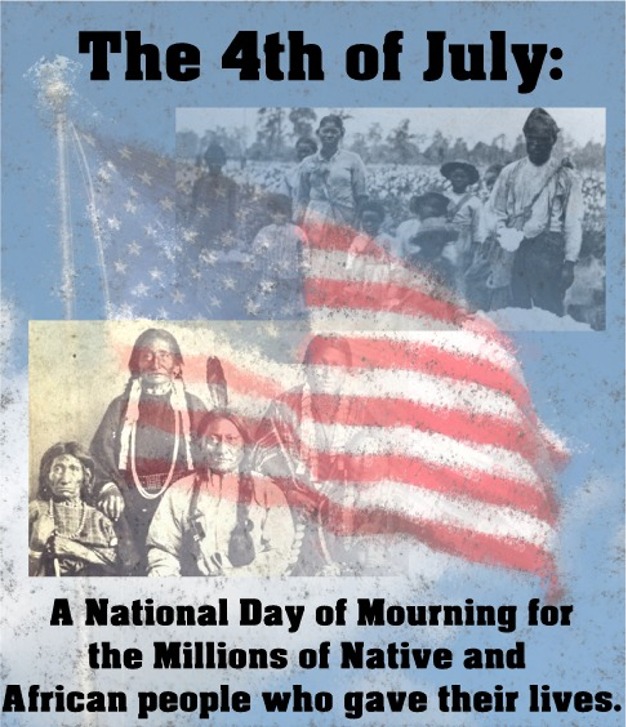 ______________________________
James Newell, Ph.D. is an educator, coach/counselor, performing songwriter, and board member of the Depth Psychology Alliance. James received his doctorate from Vanderbilt University. He teaches mainstream religious studies courses online for Central Michigan University and several other schools. James also holds a master’s degree in counseling and theology from Vanderbilt Divinity School. James’ counseling orientation is Jungian, and his goal is to educate and empower others to do their own depth work, individually and collectively. James continues to pursue his own artistic passion through music, having begun his musical career working with such legendary musicians as John Lee Hooker, James Cotton, Jr. Wells, Big Joe Turner, and others. For more information about James please see: www.SymbolsofTransformation.com -  https://www.facebook.com/jamesrnewellphd/ - www.JamesRNewell.com 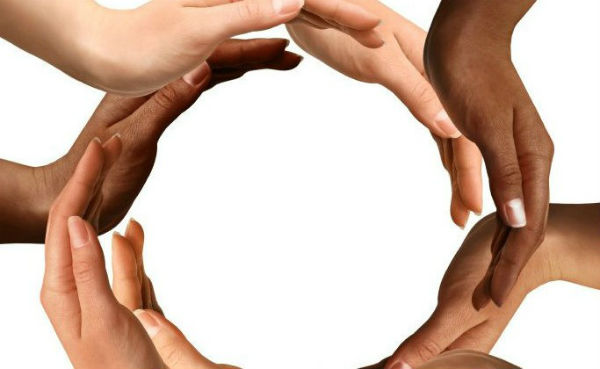