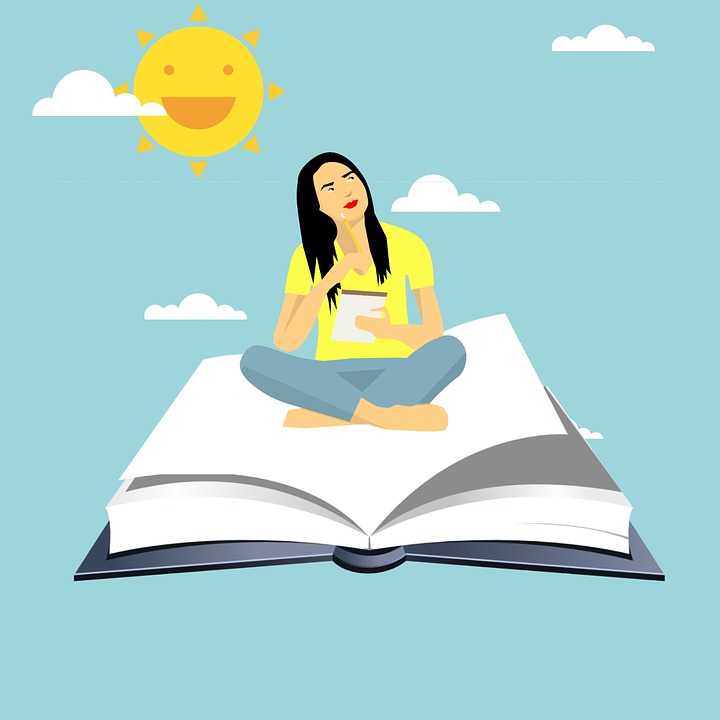 When someone asks, “How are you?”, you might say, “Great!” or “I’m good” or “Hanging in there” or some such, and leave it at that. But if you are talking with a friend, loved one, or anyone who seems truly interested, likely you might share an anecdote about why you feel the way you do. For example, you might say:

Returning home after school or work to your family or roommates, or talking to a friend on the phone, it is natural to provide a short anecdote about your day.

Any of these examples have a minimal plotline — a protagonist (you), a setting, and some action. Any of them also could lead to a more fleshed out plotline in subsequent conversations, as you (or whomever) live into new, related developments and describe them in conversations with others over time.

Humans are storytelling creatures. Listen to people talking in a restaurant, at the water cooler, or at a party, and you will quickly find that the majority of what they say is in the form of narratives. Until recently, the importance of this was obscured by how ordinary it is. True, parents and teachers have always taught children what to do by telling stories with characters who do good things and have happy endings, and cautionary tales about the bad things that happen to those who give in to temptation. Ministers, rabbis, and other spiritual authorities frequently tell morality stories, often from sacred scriptures, to help their congregations or followers learn to live by the values of their own faith. Cultural values are similarly fostered by the mythologies of any given society reflected in the many stories that are told and retold in that culture, starting with stories for children and repeated in popular media and classic literature.

Most of this has been taken for granted until now. Today, people are getting much more sophisticated about the role of narratives in success. More and more leaders understand that if they want to motivate people, they need to tell them inspiring stories, as no amount of data alone will move them to act. Ad agencies have realized that effective ads almost always tell a story, which can simply be about the impact of the use of the product or service or about the values the company and the product’s function serves. Political parties compete to explain the meaning of events through competing stories, often referred to as their “spin.”

At the same time, neuroscientists and psychologists have been revealing how the human brain makes meaning in narrative form. In fact, our brains crave meanings, so the minute something happens of any import, the brain organizes the key facts it notices into plotlines. Educators encouraging parents to read to their children now understand that encountering multiple stories expands the stories their brains are capable of utilizing, which helps them excel at learning, at relating to others, and in engaging in new situations more skillfully because they already have experienced a similar situation virtually, through identifying with a character in a story who has triumphed and achieved a happy ending to that plotline.

Breakthroughs in psychology now show the relationship of narrative to identify formation. We know that what any of us remember about our lives comes not just from what happened, but from what story we told ourselves about what happened. The accumulated stories we have told about ourselves—often mirroring those others have told us—result in who we think we are, with some people continually telling and retelling a story of victimization, or of triumphing over adversity, or of caring for others, and so on. Changing our narratives can result in expanding a sense of what is possible for us, or, if we have had too grandiose a sense of identity, reframing that story can put us back in touch with reality and the achievable. The existence of meaning stories that inspire hope has been found to help people survive, even in the worst situations, such as in Nazi concentration camps or when other forms of genocide are prevalent.

For all these reasons, narrative intelligence is an essential skill for living optimally in the 21stcentury. However, there are so many stories out there, with millions of plotlines. How can we know all of them?  We cannot, of course, but what we can do is recognize basic narrative patterns. Scholars have identified such categories in literature, and you can distinguish some by the genres of fiction that are available: westerns, mysteries, romances, war stories, etc. But seeing such patterns in actual human behavior has been more challenging. Psychologists have been better at recognizing patterns of mental illness than the patterns that govern health.       However, in the first part of the twentieth century, the psychiatrist Carl Jung identified patterns in his patients’ dreams and life stories that he also observed in ancient myths and in cultures around the world. From this, he posited the existence of universal templates called “archetypes.” We know that a story pattern is archetypal if it shows up in symbols, images, and themes common to all cultures and all times. You see them in recurring images in art, literature, myths, and dreams. Jung, and many after him, realized that these stories are the same narratives we as humans live.

For example, we all recognize the love story, whether we encounter it in a movie, an opera, or a novel. And when we fall in love, we experience for ourselves what that story is about. When we are in a loving relationship, we not only learn major life lessons (in this case about intimacy, sensuality, pleasure, and commitment), but we also can feel a sense of connection to all the other people who have ever loved deeply. While each love is different, there is a deep pattern that transcends these differences. When we understand the stories and recognize their universality, we can connect with each other at deeper and more conscious levels, using the archetypal stories as the foundation. This allows us to feel less alone while still retaining our individuality and uniqueness in how we express that archetype.  Moreover, entering an archetypal story is often the beginning of an initiation into a new way of being that can mature and evolve over time.

When you gain the ability to recognize the archetype patterns you are living, these stories no longer can live youwithout you recognizing them. Then, you will be able to reflect upon whether their plotlines serve you and the situations you face. Jung utilized archetypal pattern recognition to heal people coming to him who were suffering from neurosis, unhappiness, or dysfunction in the process of helping them individuate—that is, learn to live the life right for them, not just what society or other people told them they should be like. Part of the individuation process involved recognizing what archetypes were authentically calling to them and what they wanted from them. Generally, restored health required expressing these archetypes in their conscious and increasingly optimal forms, rather than in their anachronistic or negative ones. Jung also believed that much of individuation happens through living and needs a clinical intervention only if it that process is blocked by internal or external factors.

This blog, and my published work more broadly, is designed to help well people individuate through developing narrative intelligence. The recognition of archetypal story patterns has an important role to play in enabling individuals and groups to become fully realized, mature human beings. Although my work is often utilized by clinicians, my blogs are written to help anyone gain capacities that assist them in becoming more fulfilled and successful. Over the course of this coming year, I will continue to provide insights into how recognizing archetypes in society, in others, in situations, and in yourself can enhance your narrative intelligence, and in the process expand who and what you can do and be.

For more information, reference Persephone Rising: Awakening the Heroine Within, “Conclusion: The Power of Story to Transform Your Life,” Awakening the Heroes Within: Twelve Archetypes to Help Us Find Ourselves and Transform Our World, andWhat Story Are You Living?