Archetypal Astrology: A Look Into the Transpersonal

All lectures take place live via Zoom over three consecutive Thursdays: February 10th, 17th and 24th, 2022
8:00pm to 9:30 pm US Eastern Time
If you are not able to join the live sessions, please note that the lectures will be recorded and all registered participants will receive the recordings afterwards.

An Introduction to Archetypal Astrology
Presented by Richard Tarnas

“Our psyche is set up in accord with the structure of the universe, and what happens in the macrocosm likewise happens in the infinitesimal and most subjective reaches of the psyche.” - C. G. Jung, Memories, Dreams, Reflections

Jung was the first modern psychologist to suggest that astrology possesses an extraordinary capacity to illuminate the archetypal dynamics of the human psyche. His lifelong astrological researches influenced his understanding of archetypes, synchronicity, and the non-local nature of psyche. Over the past several decades, the field of archetypal astrology has become a significant focus of interest for both therapists and astrologers, widely discussed in Jungian communities, and taught at Jung-influenced graduate programs such as at CIIS and Pacifica.

Join Richard Tarnas as he sets out an overview of archetypal astrology, describing its basic principles and its emerging vision of an underlying resonance between the human psyche and the cosmos, based on precise correlations between specific planetary alignments and corresponding archetypal patterns in human experience, both individual and collective.

Archetypal astrology offers a way of understanding our individual relationship to the universal principles and archetypal themes symbolized in myth and religion. Focusing especially on the significance of the planetary archetypes Saturn, Uranus, Neptune, and Pluto, this lecture addresses the place and potential of astrology as a “meta-mythology”, and as a guide to the process of psychological development that C. G. Jung called individuation.

The ancient Greek poet Sappho once sung, “I do not know what to do/two states of mind in me.” These lines express an essential quality of Neptune, whose archetypal themes belong to the watery realm where contradictions undulate. In this province inspiration, compassion and faith exist right alongside sacrifice, illusions, and confusion.

It is also in this Neptunian field that we find another essential pairing - trust and betrayal. Neptune’s signature in our birth-charts shines a light on where we have a sense of deep trust and faith and, at the same time, where we experience betrayal and delusion.
As myth helps us deepen our understanding of this planet’s archetypal pattern, during this seminar we will look to Ariadne, the mistress of the labyrinth. Her story helps us imagine into the psychological and emotional experiences around Neptunian betrayal, the falling apart that it so often precipitates, as well as the possibilities of the healing that may ensue. 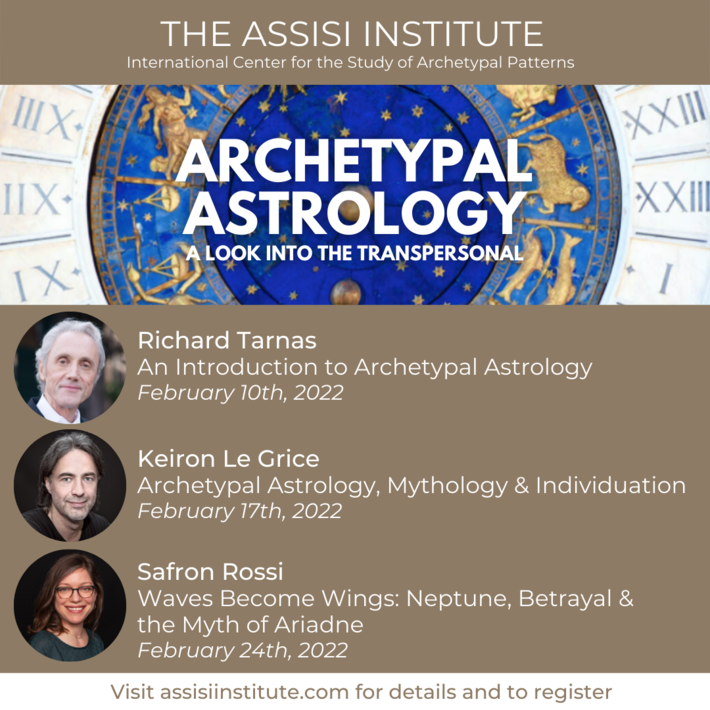