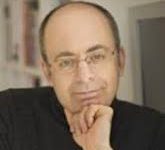 Over the years, Prof. Brett Kahr has worked in numerous settings, ranging from the British National Health Service, to various universities, to the British Broadcasting Corporation, where he served for many years as Resident Psychotherapist on B.B.C. Radio 2, broadcasting to 15,000,000 people weekly and chairing the B.B.C.’s mental health campaign.  He has also held appointments as Special Media Adviser to the United Kingdom Council for Psychotherapy, and he is the current Chair of the Media Advisory Group for the British Psychoanalytic Council as well as the Chair of its new Academic Membership Committee.

Author of 14 books and series editor of more than fifty-five additional titles, his publications include D.W. Winnicott:  A Biographical Portrait, which won the Gradiva Award for Biography; Sex and the Psyche – a study of the traumatic origins of sexual fantasies – which became a Sunday Times best-seller; as well as Tea with Winnicott, chosen as a “Book of the Year” in The Guardian; and, also, Coffee with Freud.  Most recently, he has published How to Flourish as a Psychotherapist.  Recent books include include Bombs in the Consulting Room:  Surviving Psychological Shrapnel and, also, Celebrity Mad:  Why Otherwise Intelligent People Worship Fame. Upcoming books include: Corona Cannot Kill the Unconscious: Therapy on the Virtual Couch and Dangerous Lunatics:  Trauma, Criminality, and Forensic Psychotherapy.