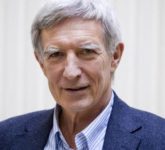 Richard Wilkinson studied economic history and the philosophy of science at the London School of Economics before training in epidemiology. He is now Professor Emeritus of Social Epidemiology at the University of Nottingham Medical School, Honorary Professor at University College London and Visiting Professor at the University of York.  Since his initial research focussed on health inequalities, his books and research papers have drawn attention to the tendency for societies with bigger income differences between rich and poor to suffer a heavier burden of health and social problems. Two of his books have been the subject of documentary films – The Great Leveller  (for the Channel 4 TV’s Equinox series broadcast in 1996) was based on his Unhealthy Societies.  The Divide (based on The Spirit Level) was released in April 2016 (available on Netflix).  The Spirit Level, written with Kate Pickett is now in 24 languages.  It won the 2011 Political Studies Association Publication of the Year Award and the 2010 Bristol Festival of Ideas Prize.  His TED talk ‘How economic inequality harms societies’ has been watched over 3 million times.  Richard has received Solidar’s Silver Rose Award, the Irish Cancer Society’s Charles Cully Memorial medal, and was The Australian Society for Medical Research medallist in 2017. He and Kate Pickett published their latest book, called The Inner Level, in June 2018.