"Wayne:
Thanks for your comment.I appreciate your observations on sexuality as a psychological factor, and I agree with them in concept. However, Jung and Neumann have illustrated that the ideas of male and female refer also to symbolic aspects of…" 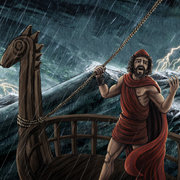 "Beneath our scientific preoccupations, we remain in the stage of psychological awareness reflected in our religious heritage. Behind the curtain of moral judgment lurk the split figures of good and evil:
The facticity of Now and Human Existence…"

"Mats,
I appreciate you hanging with this discussion of what is essentially a conflict of opposites. My view is that the scientist speaks of 'quantum entanglement' because that's the only way objective science can interpret the subjective experience…"

"Mats,
"...the 'wonderful qualities' of matter that give rise to consciousness could be what Roger Penrose and Stuart Hameroff refer to as the Orch-OR model. Penrose has in "The Emperor's New Mind" (1989) sketched a model of mind as intrinsic to…"

"Klemens,
Exactly my point: to "break Jungian psychology out of the ghetto of intellectual containment" is to connect with emotions and intuitions that preclude it as a subject of rational science. This is what I value about Jung's contribution.…"

"Mats,
"The cognitive illusion of an ever-present and keenly observant God worked for our genes, and that's reason enough for nature to have kept the illusion vividly alive in human brains." ("The Belief Instinct", 2012, Kindle Loc.2912f)."
This…"

""... But modern people cannot believe in such things, anymore. So how can individuation gain ascendancy in public consciousness, when it is rooted in 19th century woolly philosophy about the World Soul, etc.? It doesn't work anymore." -- Mats
One of…"

"Mats,
Thank you for your reply. Your ideas are are thoughtful and provocative. In the interest of further discussion and clarification, I'll add a few of my own to your response:
Actually, Jung conceived the unconscious as 'surrounding consciousness…"

"If I may, I'd like to interject another side of individuation that Jung referred to throughout his work. My view centers on the confrontation with the unconscious not so much as a spiritual ascent, even as a goal or an ideal, but as a descent. There…"

"Aleksander,
Thanks for the links. One thing I'm always reminded of when I read about science/technology is the (it seems to me, anyway) complete lack of psychological orientation. I think it has something to do with the extraverted nature of it but…"

"Something happened in the translation which does not appear in the edit: it should read, "Jung described projection as a primary function which design is to relate consciousness in two directions." -- Evan Hanks"

""Many archetypes actually may arise from instincts inherited from our animal ancestors."
Carol:
I say (in complete agreement with you) that you are very respectfully self-effacing, and your humility is appreciated. I know you know this, but I just…" 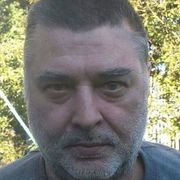 Organization
"Evan
Jung has bequeathed us with some incredible tools in regard to understanding the psyche and especially in regard to the archetypes. And then along came Hillman who depotentiated the power of the archetype and replaced it with the poetic posey…"

"Klemens
Pardon my delayed response. One of the advantages of discussion is that it compels one to clarify one's views. Each cherry-picks the subject according to his/her own need -- and rightly so. Your argument (on the 28th) about the archetype of…"

Organization
"Evan Aleks
I've seen videos wherein Jung and Von Franz wherein they have well this is my remembrance talked about the nature that the madness that is extant in the world. My recollection is that Jung described events taking place in the world as…"

Organization
"Evan
In principle i am applying my understanding of Jung's empirically derived concepts and observations on the nature and operation of the archetype onto the symbol of Christ. The archetype/instinct has a purpose and goal of transforming us during…"
More…
Loading ...

Before you go further, please be sure you are applying for membership with YOUR REAL NAME, FIRST AND LAST, or if you are signing up as an organization, publisher, or project, list the organization name here; then list the name of the contact person in the next question.

What are your main areas of interest?

If you are signing up as an Individual Member, do you have a degree in Depth Psychology?

If so, from what institution?

Please share a little about yourself by way of introduction. What draws you to Depth Psychology and what are you looking for from this community?

I'm fascinated to learn about how individuation works in others.

Do you belong to any other online Psychology-related communities or orgs? If so, which?

What is your WEB SITE (IF you would like to promote it)?

"Though the ego is only one complex of associations in the psyche, it has evolved as a coordinator: what it is drawn to as an object of attention will be where and how its energy is applied. These motives are based on unconscious processes, and only by turning conscious attention to them can we find deeper meaning and purpose beyond the preconceptions of ego and its one-sided, paradoxical intentions." -- …

"The underlying tension of the individual's relation to culture... is a fundamental conflict of psychic life, a catalyst for development from infancy to old age. If the individual cannot discern him/herself apart from these impersonal forces, he/she is unconsciously carried along by them, and this herding effect only magnifies the dangerous potential of mass movements. All unconscious conflicts have a dual nature: subjective and objective, personal and social, creative and destructive.…

"Beneath our scientific preoccupations, we remain in the stage of psychological awareness reflected in our religious heritage. Behind the curtain of moral judgment lurk the split figures of good and evil: a model of how we relate to our unconscious natures. Jung has described how those ideas reflect the positive and negative poles necessary to produce psychic energy: the sliding scale along which consciousness fluctuates in its on-going efforts to define itself. Just as it forms the path…

"The individual is the only real carrier of life." -- Carl Jung

The undeniable fact that the body is regulated by nature, along with the absurd idea that humans had otherwise freed themselves from the bondage of instinct, dominated psychology throughout most of the last century. That view loosely fit together certain facts while ignoring others. Such self-inflated notions were not seen as projections of a split condition -- nor are they much more acknowledged…

"The emotional confusion generated by... a major shift in values is only enhanced today by a profound lack of introspection. The “suprapersonal factors” embodied in religious images are intended to orient us inwardly; to center and protect us from being swept away by mass contagion. Our ideas of religion are changing, and there is no return to the old ways. Deep in the throes of unseen psychic forces, consciousness is being pushed in a new direction. The possibilities for…

"I tried to give expression to the process as it formed in me. I followed the unconscious directives without preconception as to where they might lead, allowing them as far as possible to create their own picture. The result was both a story and an example, an analogy, of Jung's model: a description of how psychic energy flows toward unconscious aims through the elaboration of ideas." --  …

"Overwhelming evidence found by an international team of scientists have shown that humans have altered the Earth to the point that the Earth has entered a new geological time period, a press release by the Australian National University (ANU) said on Friday... The exact starting date of the Anthropocene remains uncertain, although it is likely to be around the middle of the 20th century, at the start of the nuclear age and a time of accelerating population growth and rapid…

“It was miraculous. It was almost no trick at all... to turn vice into virtue and slander into truth, impotence into abstinence, arrogance into humility, plunder into philanthropy, thievery into honor, blasphemy into wisdom, brutality into patriotism, and sadism into justice. Anybody could do it; it required no brains at all. It merely required no character.” -- Joseph Heller, Catch-22

This post concludes the main themes of A Mid-Life Perspective: Conversations With The Unconscious. Jung noted the above quote as a reference to the original bisexuality of the …

“Everything psychic is pregnant with the future.” -- Carl Jung

The identification of ego with intellect contributes to this problematic conception of nature. It long slumbered in Christian theology as identification with an otherworldly God and a disdain for natural life: an image of self-rejection – one of the reasons guilt weighs so…