What is Deep Education?

“Deep Education” as we conceive it and attempt to practice it encourages the evolution of our relationship with our animated and reactive planet from one of objectification, alienated consumption, and, at worst, destructive exploitation to that of a loving, responsible conversation in the ongoing human-nonhuman dialogue.

"Deep” also means encouraging the learner to probe through appearances, surfaces, and customary explanations--the “natural attitude” noted by phenomenology--to explore the motifs, images, collective fantasies, and other structural forces moving in the personal and cultural unconscious. These forces shape institutions, works of culture, and technologies alike and constitute the true foundations of our time.

Who are Deep Educators?

Deep educators are world therapists and cultural mentors who work toward just communities that can adaptively reimagine and reinvent themselves through collaborations in which every citizen can be truly free to participate. This, of course, is already happening around the world, but new mentors stand in need of reflective learning (a lifelong necessity) and networking together for common efforts.

The Deep Educators who tend these depths seem uninterested in becoming publicly popular, and for good reason. Social movements containing evolutionary potential remain powerful to the degree they attract the entire society in their direction. The Women's Movement and the Civil Rights Movement unleashed deep change by sticking to their goals and visions, NOT by trying to appeal to the mainstream (which at that time felt just fine about excluding blacks and women from politics and the workplace). Rather than succumb to the heroic temptation to change a culture, only to be absorbed by it, Deep Educators work on their own kind of culture and invite the interested to participate.

Everyone doing transformative cultural work for a just, aware, and sustainable world is a Deep Educator by virtue of passion, skill, and experience. Some have certificates and degrees, some don't. All work in service to these goals:

- Awareness of the foundations of personal and collective consciousness.

- Collaborative leadership. "When the people lead, the leaders will follow." - Gandhi

- Affirmation of our responsibilities toward and relationships with the nonhuman world.

- Creation of safe, fair, and Earth-friendly communities of belonging. 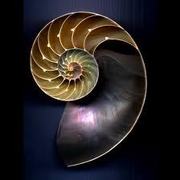 What is the purpose of education?

Education's foci when I was starting out was 1) to provide a means of discovering one's gifts and talents, 2) produce a knowledgeable, responsible citizenry, 3) provide economically for the next generation - not just our own children, but all children. Since those days education seems to have focused solely upon what can get a person a good job (defined as lots of money). Citizenry, communal responsibility, and personal integrity seems to have taken a far back seat to wealth and power by any…