Spiritual Democracy is a religious attitude that respects the dignity of all religions, and views all peoples, races, genders and sexual orientations as equals across the entire globe. This unifying vision was first proposed by Walt Whitman and Herman Melville prior to the American Civil War and has deep roots in American Transcendentalism and Alexander von Humboldt’s stupendous scientific view of the unity of the cosmos. This vision was expanded by William James and C. G. Jung during the emergence of pragmatism and analytical psychology. Jung’s vision of Spiritual Democracy is discussed in seven basic principles: 1) Individual religious experience comes above life in any creed; 2) To be a proponent of a new religion is obsolete in a psychological age; 3) When a person succeeds in stopping to project the Self onto a creed, State, or religious community, the Self lives in one and rules the whole psyche; and the Self is inclusive of good and evil; this is psychological relativity; 4) No one creed possesses an absolute Truth above other religions; 5) All images of Divinity can be found in the collective foundation of the World Soul; 6) All God-images of the world’s revealed religions must change, as every living religion must change with the times; 7) Jung prefers the hypothesis of the Self because he is talking to Hindus as well as Jews, Christians, Native Americans, Africans, Taoists, and Muslims; he does not want to divide but to unite all religions. Jung’s new scientific theory of the Self aims to unveil the “supreme meaning” of all religions. My chapters on Jung conclude with an overview of his epistle to the UN (UNESCO) in 1948, when he outlined his specific recommendations on what will be required to avert wars in: “Techniques of Attitude Change Conducive to World Peace.” (For Further reading see my book on Amazon: Herrmann, Steven. 2015. Foreword by John Beebe. Spiritual Democracy: The Wisdom of Early American Visionaries for the Journey Forward. Berkeley: North Atlantic Books, Sacred Activism Series).

I hope to see some of you at Yale! 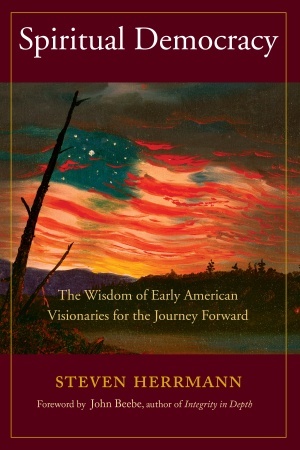