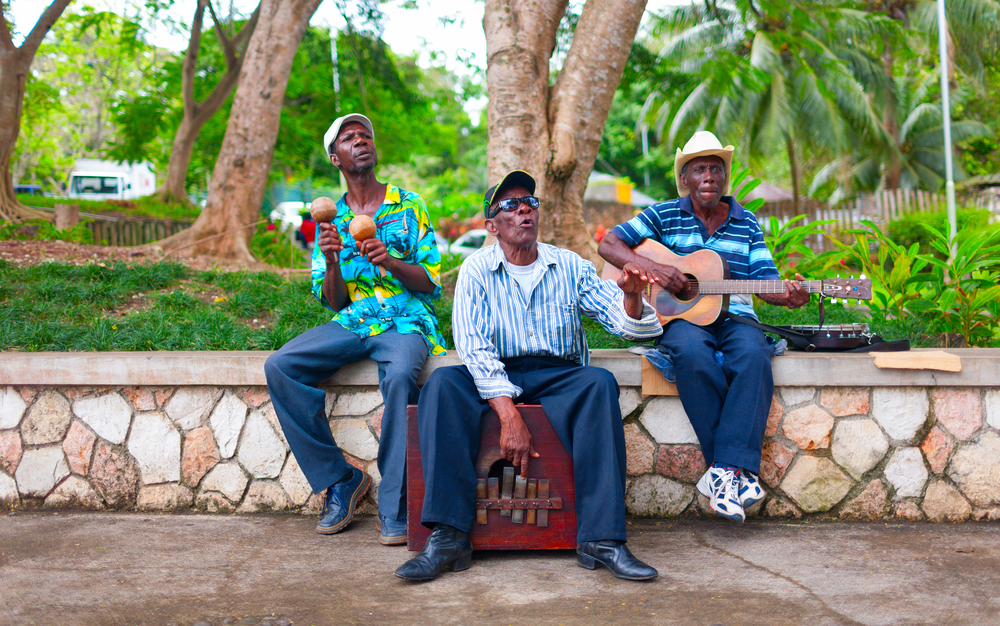 The first night Ross Dionne and his wife spent with their host family in Jamaica, they were served chicken foot soup, he remembers with a laugh—probably on purpose so the family could see their reaction. Neither his wife nor he picked up that foot and “sucked off all the skin and meat like people do when they eat chicken foot soup” he recalls. Even though he never particularly came to like things like cow skin soup much, making the effort to try the food was one of the best things they could do to build connections with people—something Dionne appreciated very much over the course of the two years he spent in the Peace Corps.

Dionne became interested in serving in the Peace Corps when he was in his early thirties, in part because he wanted to give something back. He felt very privileged in his life, having grown up in a family who, though not wealthy, were highly supportive. The Peace Corps allows couples to serve together as long as they apply individually and are accepted individually, and the opportunity would offer a way for Ross and his wife to get experience living overseas and acculturating to a different environment.

Upon receiving their assignment and arriving in Jamaica, they went through three months of acclimation, particularly focused on cultural integration. They took language classes in Jamaican “Patois” every day, and also practiced skill-building around the work they were going to do. They listened to music and learned Jamaican parables or children’s stories to help them “get into the minds” of the local people. Things... (Read the full post or listen to the audio interview here)

Sometimes I’m shocked to wake up and realize that it’s 2017 there’s still so much conflict and suffering in our world. We need more and better ways to provide aid, education, and support for developing countries and for those individuals who are struggling due to poverty, hunger, lack of education, poor access to clean water, disease, and violence, among many other challenges.

On March 1, 1961, President John F. Kennedy took a giant step in the right direction when he created the Peace Corps[1], whose mission today focuses on providing hands-on, grassroots-driven initiatives, including developing health campaigns, building schools, improving agricultural practices, boosting local entrepreneurship, and teaching digital literacy, just to name a few. And while there is still a long way to go to eliminate suffering and to better the lives of those in need of help around the world, hundreds of thousands of Peace Corps volunteers have stepped up in 140 different countries over more than five decades to be of service.

Some of those volunteers have found their way to Pacifica as recipients of the Paul D. Coverdell fellowship [2], providing financial assistance to returned Peace Corps Volunteers pursuing graduate work. To honor the anniversary month of the Peace Corps, Pacifica is spotlighting some of the Coverdell Fellows currently enrolled in graduate programs at Pacifica through the Discussions in Depth Psychology interview series.

First up is Stephanie Steiner, who is in her first year of studies in the Community Psychology, Liberation Psychology, and Ecopsychology (CLE) specialization at Pacifica. I’m impressed that Stephanie has discovered the C.L.E. specialization, which appeals for peace, community, non-violence, and conflict resolution. It seems a natural fit with her experience in the Peace Corps. Stephanie, who served in Niger, West Africa, from 2002 to 2005, joined the Peace Corps after completing her undergraduate degree in environmental studies and international development.

Having served her final semester abroad in Panama, her first time in a developing country was transformative, opening her eyes to some of the issues she had been studying, and also to U.S. involvement in other parts of the world. She really appreciated the chance to see how some of the theories she was learning about as an undergrad were actually playing out in real world situations.... Read the full post here

Read more…
When the Ebola virus broke out in Guinea, West Africa, with Patient Zero, a 4-year-old boy who came down with the disease, Peace Corps volunteer Hilary Braseth was forced to return to the U.S. after three years of service.Once she landed in the very fast-paced, high-tech San Francisco Bay Area, though, it was a rough transition. She didn’t believe she could find a place in U.S. society that would allow her the space or the breathing room to integrate the “very real changes that occurred in the Peace Corps” with her new life in the U.S. After having spent so much time serving in a foreign country and making deep, lasting friendships with people so different from one’s self, how do you assimilate back to the “grind” of daily U.S. living, she wondered.Then, something magical happened…Read the full blog post or listen to the interview, "Peace Corps Meets Pacifica: Stories from Guinea"—An Interview with Coverdell Fellow and Returned Peace Corps Volunteer, Hilary Braseth, the 2nd in this March series spotlighting the stories of returned Peace Corps volunteers, in honor of the anniversary of the creation of the Peace Corps in 1961: http://www.pacificapost.com/peace-corps-meets-pacifica-stories-from-guinea
Read more…