2
A place for individuals grounded in depth theory and academics to share non-rational experiences of the Divine or the imaginal realm. (Dreams and dreamwork should be shared in The Twilight Zone.)
72 Members

First Previous of 4 Next
This reply was deleted. 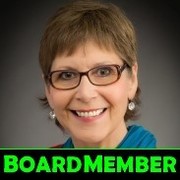 Honoring the Numinous in Everyday Living

Based on an unusual and compelling dream, I recently performed a ritual wherein I declared into the ether that I want my intuitive skills to fully integrate and be expressed within my very rationally-anchored life as a businesswoman. Toward that aim, a small action I took was to begin memorizing poems that have heart for me. Two months ago I began doing this on my twice-daily walks with my dog. Immediately, I noticed two things: 1) poems that wanted to be memorized seemed to pick me. That is, I…

I have posted a few of my sacred experiences here before, but I'd like to share another now that may or may not be what many would call a numinous experience. I have not forgotten in in almost 40 years, because it was remarkable to me then. What would you call an experience like this?   The year was 1972, and I was 19 years old.  It was 4 o’clock on a Friday afternoon, and the radio DJ said it was 106 degrees when Margaret and I began the hour drive up the mountain. Summer classes at Fresno…

Importance of Numinous Experience in the Alchemy of Individuation

The Numinous and Addictions

(Sorry for the double post. I wanted to start a discussion and not add to the previous older thread)   I was inspired by something Ed K. posted in another thread last night about seeking the numinous in/through/because of/instead of our addictions (I paraphrase based on what I am working with) and went off on a google search ending up at a great article by Murray Stein. It's the first entry under "Articles". “On the Importance of Numinous Experience in the Alchemy of Individuation ” That's…